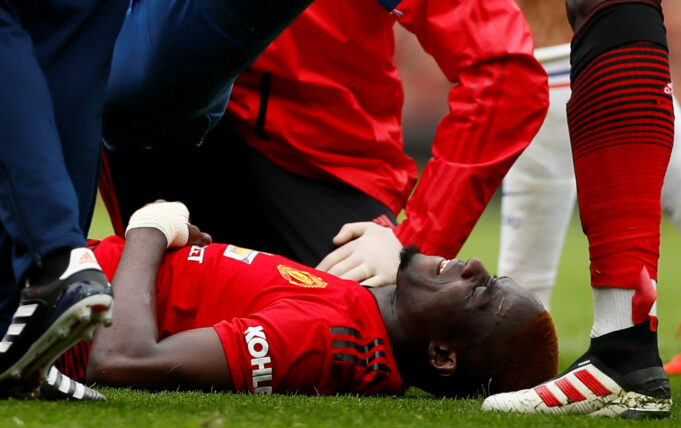 Ole Gunnar Solskjaer has confirmed Eric Bailly will miss the rest of the season after suffering a knee injury in the 1-1 draw against Chelsea.

the Manchester United defender made his first appearance since the famous win over Paris Saint Germain in the Champions League. The Ivory Coast international had been kept out of the United setup after having injured himself during the international duty.

Bailly was marshalling the defence pretty well alongside Victor Lindelof and kept Gonzalo Higuain quiet till he was on the pitch. But he fell down on the pitch after a collision with Blues midfielder Mateo Kovacic.

He was treated on the field for a brief period and later needed assistance to leave the pitch. Solskjaer assures the injury appears to be a minor one and the defender will undergo scans to determine the severity of the injury.

“He will need a scan tomorrow but I don’t think it is the worst knee injury you can have.

“He will be out for the rest of the season, I don’t think we will see him again before next season.

”But he is a warrior, he played well today, he was calm, he was composed and it was just unfortunate that he had to come off.“

Solskjaer also provided an update on Rashford’s injury. “Rashy’s struggled with his shoulder and he came through an hour, but couldn’t do more.”