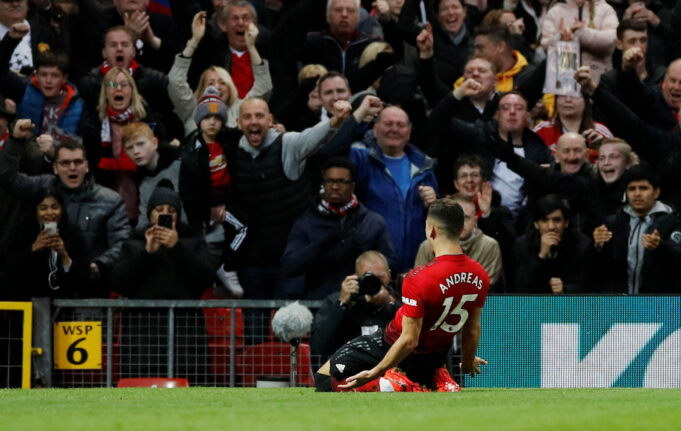 Andreas Pereira has opened up after his first Premier League strike set the tone for a perfect Manchester United victory against Southampton.

Injuries to Nemanja Matic and Ander Herrera dug up a golden chance for the academy graduate and the midfielder grabbed the opportunities with both hands as he had a solid afternoon against the Saints.

Ole Gunnar Solskjaer used him in a more advanced role and the 23 year old exceeded his manager’s expectation as he added a new dimension to the shape of the team.

The 23 year old got his first Premier League goal in a brilliant fashion as he latched a 25 yard curler to cancel out Southampton’s opener.

“My first Premier League goal, and in a difficult game, so I’m very happy.

“There were a lot of beautiful goals, I think it was a difficult day for the goalkeepers.

“When I received the ball, I saw Luke [Shaw] coming on my left and I was going to give him the ball but it was so nicely on my right foot, I thought I would shoot. I’d been practicing in training yesterday with Granty [Lee Grant] and it gave me a lot of confidence as I put four in the top corner from exactly the same range. So, today, I had a good feeling and I went for it.

“It’s amazing [to score a goal like that at the Stretford End]. You feel a lot of emotions and I’m very happy and hopefully there will be many more to come.”