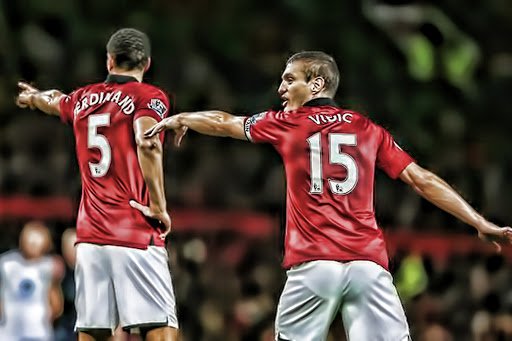 Note: We are listing the top three players in each position in no particular order.

1. Patrice Evra is one of the best Manchester United left-backs ever 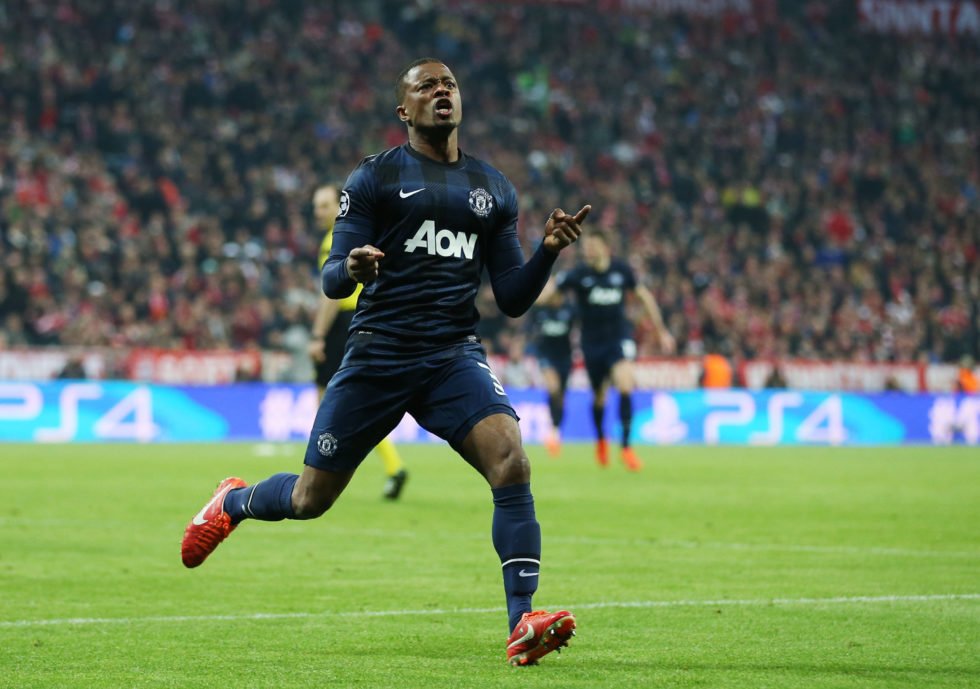 When it comes to left-back the name of Patrice Evra is destined to be on the top of the list.

The French international arrived at the Old Trafford from Monaco in January 2006 and had a harrowing start to his United career as he was deployed on the left side of the defence in the 3-0 humiliation by Manchester City.

But despite his initial struggle, the 37-year-old became one of the trusted lieutenants of Sir Alex Ferguson and his indomitable attitude made him a fan favourite pretty quickly. He went on to lift five Premier League titles with United and also played a pivotal role in United’s Champions League triumph in Moscow back in the 2007-08 season.

2. Dennis Irwin is one of the best Manchester United left-backs ever 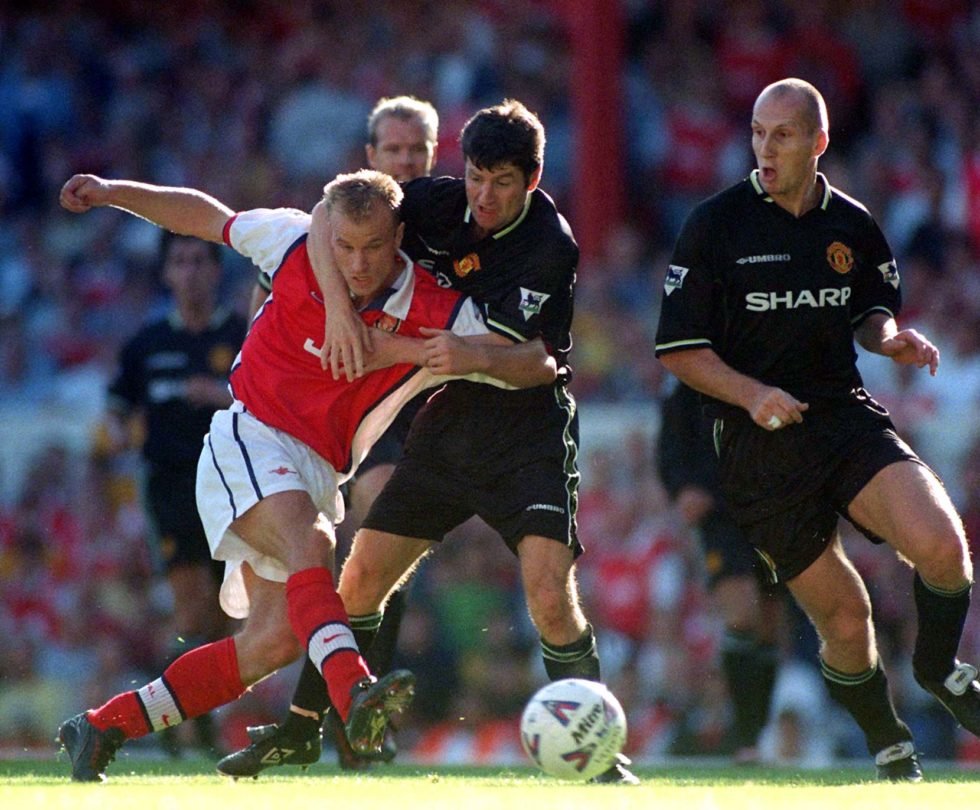 Dennis Irwin is probably the greatest ever left-back ever to have donned the Manchester United shirt.

The full-back arrived from Oldham Athletic for a reported fee of £650,000 in 1990 and quickly found his feet at the Old Trafford. Irwin’s marauding runs through the flank and his ability to cross the ball precisely was a treat to the eyes.

The left-back went on to feature in 529 games in his United career spanning over 12 years. Very few players have managed to earn that amount of loyalty for the club.

Irwin won a plethora of trophies during his stay at the club. The defender has seven Premier League medals in his kitty alongside three FA Cups. He also played in the famous Champions League final in Nou Camp where United fought back to win the title by scoring two times in the dying minutes.

3. Gabriel Heinze is one of the best Manchester United left-backs ever 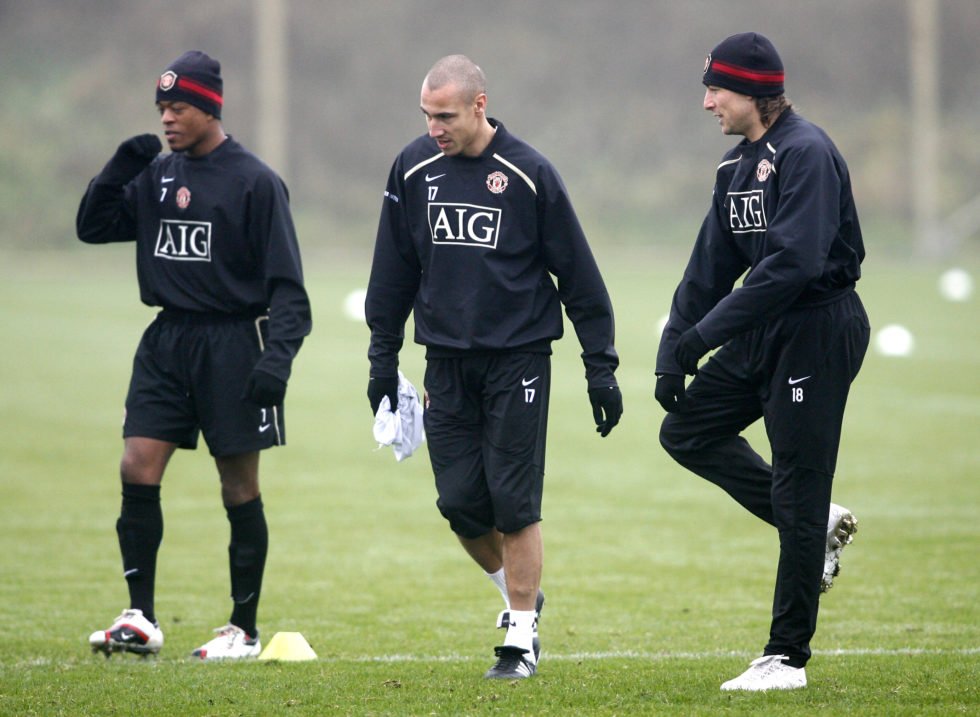 This name might be a bit debatable but Gabriel Heinze was among one of the best-left backs to have ever played on the English soil.

Although he did play in the heart of the backline a number of times the former Argentine international was known for his trade on the left side of the defence.

He was a fan favourite and helped United in winning the 2007 Premier League title. He arrived from Paris Saint Germain in 2004 and decided to make a move to Real Madrid in 2007.

1. Steve Bruce is one of Manchester United’s best centre-backs ever 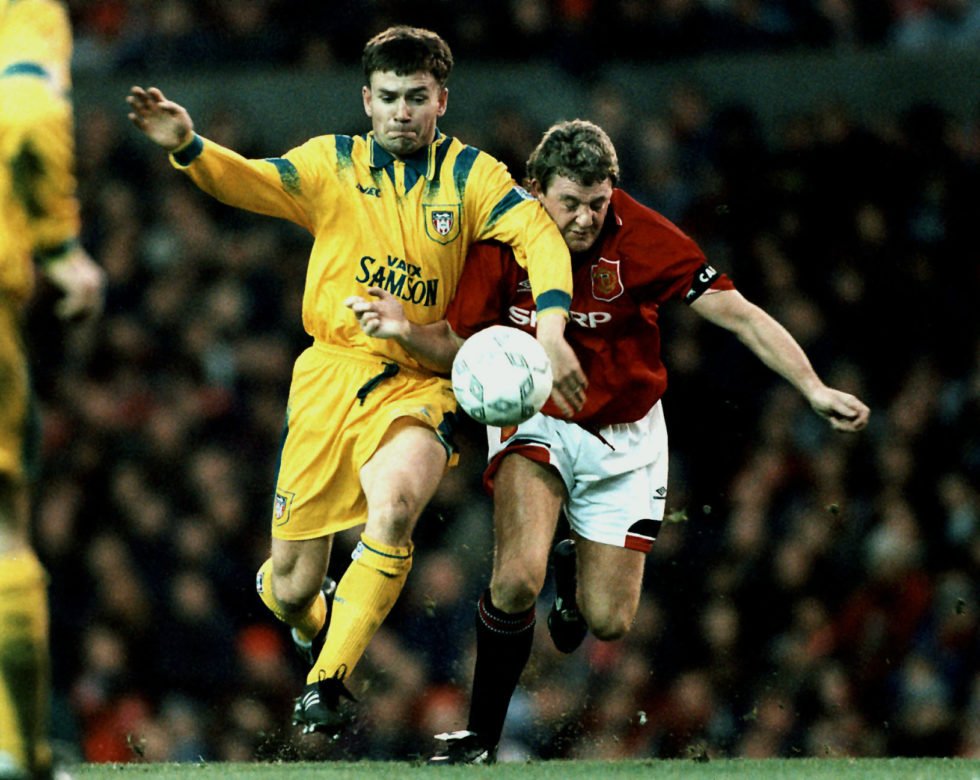 Steve Bruce could be the best ever Manchester United defender in the club history.

He definitely knows the art of defending and most precisely how to score goals in important situations. Despite not being the tallest of defenders Bruce never had to regret as he complimented his height with his unique way of defending.

Despite being one of the best defenders in that generation he never featured for England which was very surprising. His partnership with Gary Pallister in the heart of the backline was one of the brightest phases in his United career.

Bruce’s knack of finding the net pretty often had a positive impact on the team and in the 1990/91 he went on to score 19 goals in the season finishing as United’s highest scorer that season.

2. Gary Pallister is one of Manchester United’s best centre-backs ever 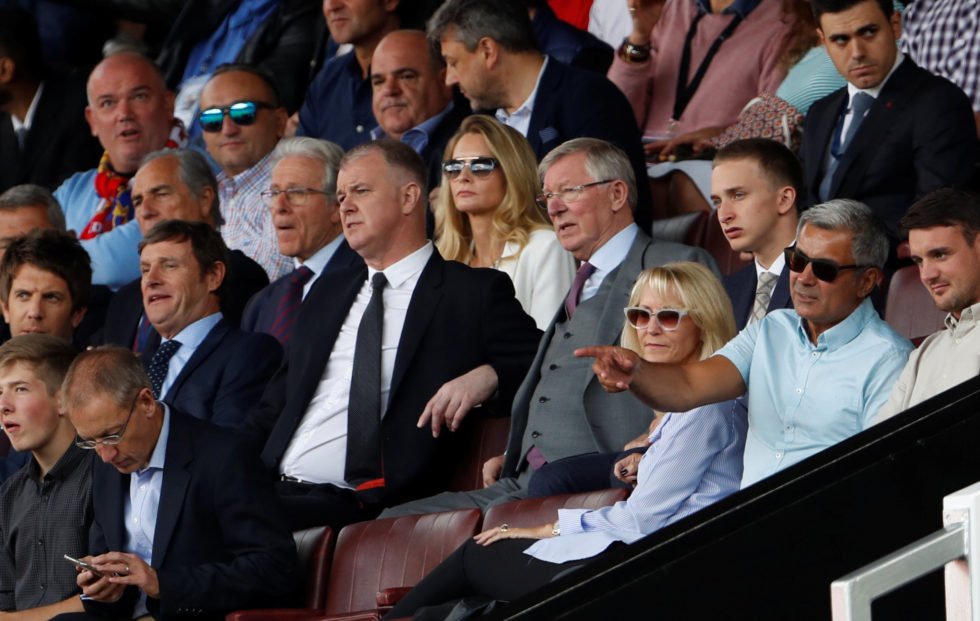 Gary Pallister brought in a sense of calmness in the Manchester United side.

The 6ft 5-inch defender arrived at the Old Trafford in 1989 as United paid a record-breaking £2.3m to acquire his service. He didn’t have the gigantic figure which defender usually possesses but would easily outrun the opponent players with his defensive antics.

His partnership with Steve Bruce is regarded among the best centre back pairing that United have ever had. The defender would have walked into any current European side and had all the modern qualities of defending in him.

Rio Ferdinand and Nemanja Vidic would probably grace the best defenders list easily but Pallister could easily top the list.

3. Nemanja Vidic is one of Manchester United’s best centre-backs ever 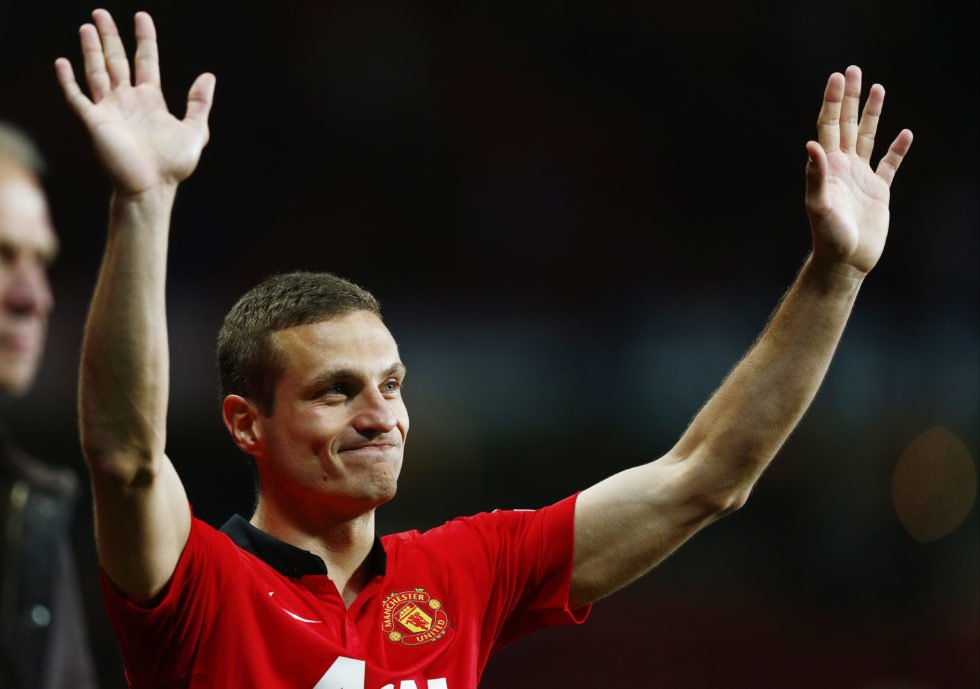 Many years have gone down the wire since Nemanja Vidic left Manchester United but the Serbian is still very famous amongst the United supporters.

Known for his no-nonsense defending, Vidic brought in a new dimension and his approach to the game perfectly suited for Rio Ferdinand who had been his partner in crime for many years.

Vidic arrived in 2006 and was one of the very few players who managed to make their mark despite arriving in the January transfer window. He outmuscled the opponent defenders like a boss and had an astute sense of making tackles.

1. Gary Neville is one of Manchester United’s greatest ever defenders 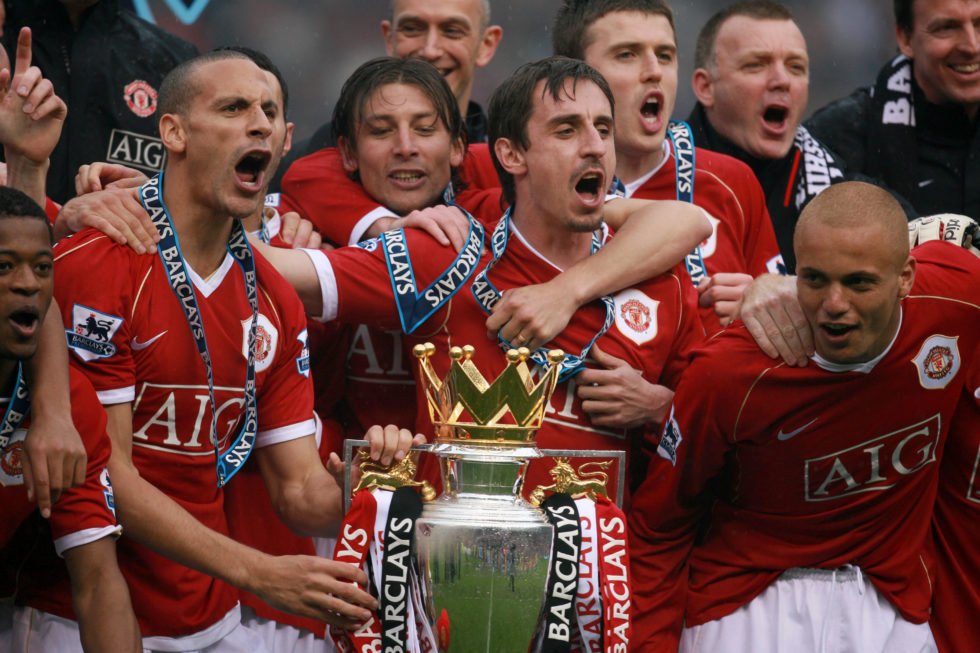 Gary Neville would be the first name in this list.

There might have been a number of talented right-backs in the European circuit at that time but Neville’s sheer determination and hard work made him one of the most notable characters of football.

He dominated the right flank for years at the Old Trafford and inked solid partnerships with David Beckham and Cristiano Ronaldo. Neville was one of the few players who resembled the Manchester United attitude in him.

The defender took over Roy Keane’s position after his departure and tried to preserve the winning mentality in the United dressing room. He may not have looked convincing but his eight Premier League medals did talk about the huge amount of talent he possessed.

2. Shay Brennan is one of Manchester United’s greatest ever defenders

Not many will be aware of Shay Brennan’s existence but this defender holds a very special place in Manchester United history.

Brennan played his first game for United after the Munich disaster and was quick to adapt to the English conditions. A strong and combative defender the right-back was a part of Sir Bobby Charlton’s 1968 European Cup’s winning squad. He arrived at the club in 1958 and had a pretty lengthy spell at the club till 1970.

3. Antonio Valencia is one of Manchester United’s greatest ever defenders 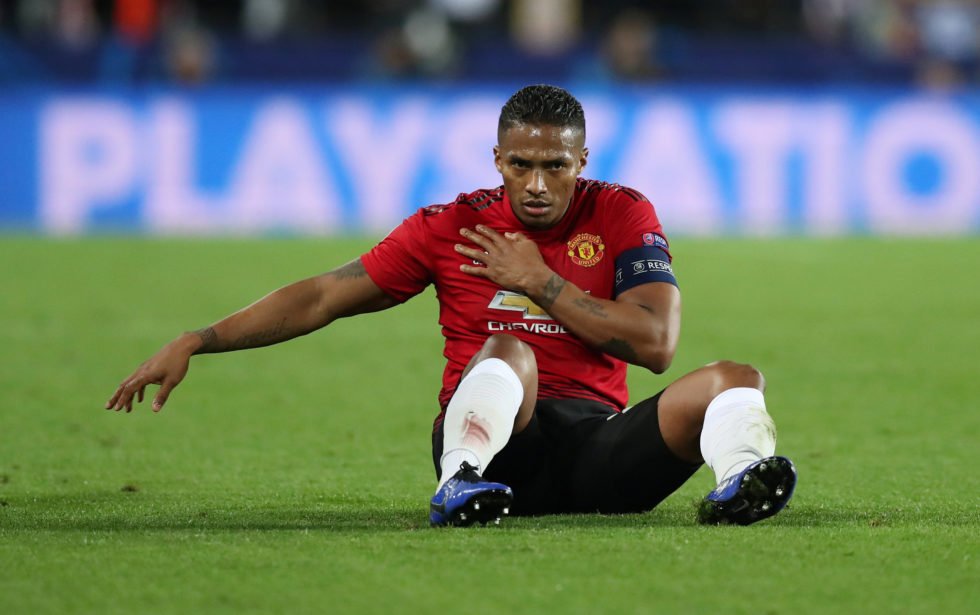 Antonio Valencia arrived at Manchester United back in 2009 from Wigan Athletic.

The Ecuador international used to be a right-winger but subsequently has become a right back. There are very few players who could match his energy and pace on the right-hand side of the defence.

The two-time Premier League winner has been one of the prominent names at the Old Trafford and was a regular under former manager José Mourinho. The veteran featured in more than 300 matches for the Red Devils. Watch & Bet Football Live =>