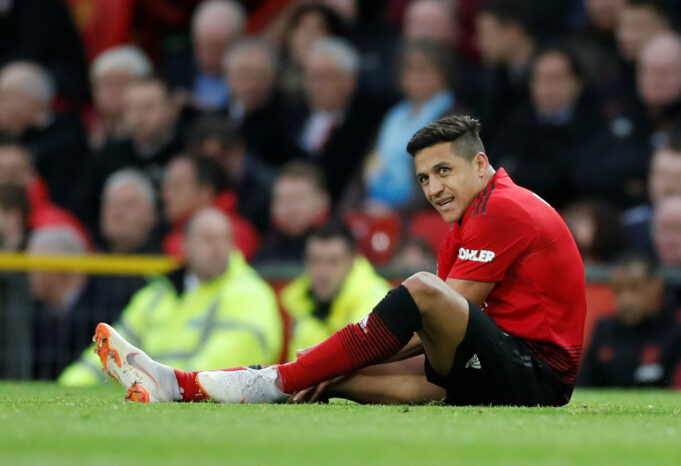 Sanchez is yet to hit the ground since his much-anticipated transfer to Manchester United from Arsenal in January 2018. The Chilean’s arrival brought in huge expectations but so far he has failed to live up to it.

Persistent injury problems have been a major barrier so far in his United career. The former Barcelona forward started the game in Anthony Martial’s absence but barely had an impact and had to be subbed off after suffering a knee injury.

United manager Ole Gunnar Solskjaer confirmed the player will undergo further tests to determine the extent of his absence and given the current situation he is unlikely to feature in the crucial Champions League tie against Paris Saint Germain on Wednesday.

The 30 year old is currently the highest paid player in the Premier League and Rueda is expected to select him s Chile are scheduled to face Mexico and USA this month.

“These are situations that happen in football.

“We hope he overcomes this very quickly because he has all the quality, a track record, experience and quality to assert himself. I hope we can enjoy the Alexis we all knew at again.”