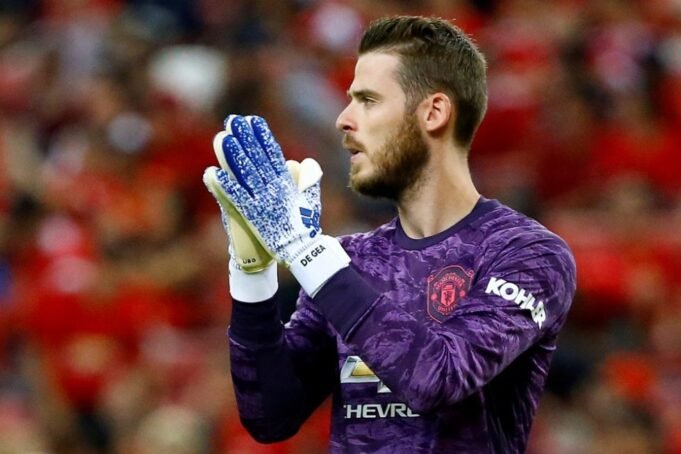 David de Gea was asked about the prospect of Ten Hag and Arteta becoming the next big managerial battle.

In last few years, we have seen the epic rivalry between Pep Guardiola and Jurgen Klopp. Every major title in English football has been won by Man City and Liverpool. These two clubs had the best rivalry in Premier League. Last season, they were separated by only one point in the final Premier League table.

With Erik ten Hag and Mikel Arteta at the forefront of each club now, it looks like the clubs could have brighter futures as they both prepare to battle on Sunday afternoon.

David de Gea was asked about the prospect of Ten Hag and Arteta becoming the next big managerial battle in the Premier League.

“I hope so,” De Gea told ManUtd.com. “We are talking about one of the best managers in history, probably, (in) Sir Alex, and (Wenger), so there’s different eras.

“I think football has changed a little bit, but I think both managers are really good now. Arsenal are playing well, so it’s going to be a big game.”

The Spanish goalkeeper added that it is great to see both clubs performing well after a period of dry and uninspiring seasons. They’ve both struggled to qualify for the Champions League in recent years, which would have been among their objectives at the beginning of this campaign.

“Yeah, of course (it’s good to see United and Arsenal performing well),” he said. “Both teams have been massive clubs. They are great teams, always playing to win trophies.

“So it’s nice to play now and both teams are in a good shape, playing well. So yeah, it’s going to be a massive game, of course, and we want to win. We are going there to try to beat them.”

Manchester United beat in-from Arsenal when they last met in Old Trafford this season. Arsenal would look to take the revenge of the loss.