France NT boss Didier Deschamps has said that Martial is a major part of his plans.

“He was part of the French team on a regular basis, but recently he was often injured,” he said.

“He came back not so long ago and it’s going well in his role as a central striker with Manchester United.

“But for a long time he’s been part of the players likely to be called.”

“If he is the one I used the most, do not forget either the ratio of matches and goals.

“There are not many in front of him in terms of goals in the history of the France team. He did the right thing, he answered the trust.”

Deschamps also expects Paris Saint-Germain superstar Kylian Mbappe to be fit to feature even though he missed the 2-1 Ligue 1 win at Brest on Saturday with a muscular issue.

“He [Mbappe] has not arrived yet, [but] will be there,” Deschamps said. “There was a communication between the two doctors on the fact it was a precaution.

“There was no particular concern compared to our deadline of Thursday.” 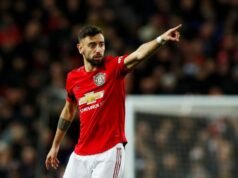 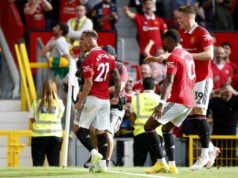