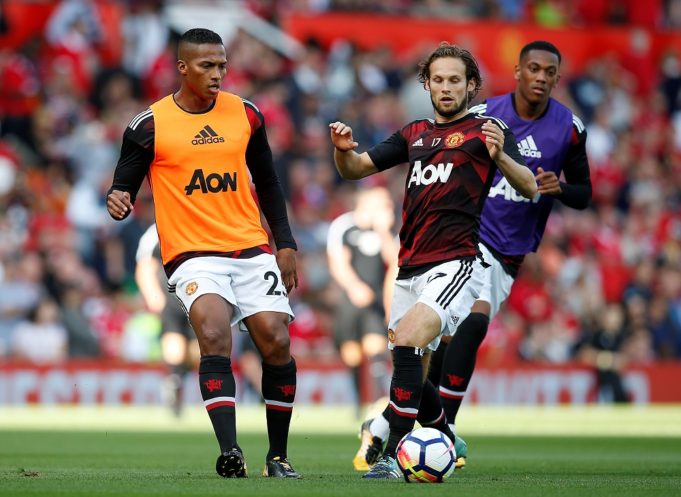 The player also has been heavily linked with a summer exit

Daley Blind joined Manchester United from Ajax for a fee of £13.8 million in 2014. He was a regular and made significant contributions for the club during his first two seasons with them.

The Netherlands International featured 30 times in all competitions under Jose Mourinho during the 2016/2017 campaign. He helped his team to win the League cup and the Europa League.

The Red Devils exercised the option to extend his contract by one year earlier this year, which will expire at the end of the next season.

The 27 year old struggled to make an impression under Jose Mourinho last term and fell behind the pecking order last season, with the Portuguese coach preferring Ashley Young ahead of him. He just managed to make 7 Premier League appearances and 17 in all competitions.

The versatile player is one of the players who has been heavily linked with a summer exit as Mourinho reportedly doesn’t see his future at the Old Trafford. He has been linked with a return to his former club Ajax, for whom he played more than 100 league games before leaving for England.

The Eredevise giants are also interested in bringing him back and coach Erik Ten Hag says the Dutch club is doing everything to try and sign him, stating his versatility as a potential asset to the squad.

Describing Blind, Ten Hag said as quoted by Goal: “[He is] a player with a lot of experience, in the Premier League and in the Dutch national team.

“He can handle both positions well, both as a central defender and as a controlling midfielder.

“We are doing everything, but it also depends on other parties.”

He also added that he is confident of landing either the Dutch defender or Boca Juniors defender Lisandro Magallan this summer.

“He is still in the picture, but whether he actually arrives is still unclear,” He said of Magallan.

“It will be either one of Magallan or Blind. Both of them do not seem realistic.”

Manchester United In Talks With Dortmund Over Jadon Sancho, Will Have To Pay Over €110m