Marcus Rashford, Eric Baily and Luke Shaw are all very fast but who are the fastest Manchester United players? Here we will find out. Watch & Bet Football Here =>

All speeds are measured in kilometres per hour.

Right before penning down a move to Inter Milan for €80m, Romelu Lukaku leaked results from a speed test to prove all of his critics wrong. The big and burly Belgian who is always slammed for his poor touch and even called slow in some debates hit back at doubters by coming in second among the all the United players. However the results and reports are over a year old now.

New youngsters such as Elanga have mad quite an impression with their pace.

Have a look at what Lukaku had posted regarding his ability with pace.

He posted on his social media account a screenshot of the results, including that of Manchester United’s latest signings, Daniel James and Aaron Wan-Bissaka. (2020 results below)

The following is a list of top speeds (Km/h)recorded by the United players.

Now, it is up to you to judge if a player’s pace can be determined by just one session. We all know, Luke Shaw does not deserve to be at the very bottom of this list. Astounding to think that Marcos Rojo, Nemanja Matic, Scott McTominay was ranked above the Englishman.

Shaw fought back and silenced his detractors with a streak of outstanding performances in the past seasons. later, he put on some stellar performances for United. He was frequently seen bursting down the wings and delivering inch-perfect crosses while lining up on the left side of the defensive line.

Shaw appears to be a transformed player, with praise pouring in from all directions for his efforts. His achievements earned him a position in the PFA Premier League Squad of the Year as well as a call-up to the English national team.

While the post, Lukaku published refuted the idea that Lukaku is not capable of being quick off the mark, it also revealed that United’s slowest player was defender Shaw, who only managed a speed of 31.03kmph. Watch & Bet Football Here =>

Shaw appeared to take the comment in good spirits and responded: “They only wanted me to go 70 per cent don’t let me start speaking on you boy.” which is indeed true.

Luke Shaw is currently one of the fastest players in the United squad.

The prodigy was quickly drafted into first-team training sessions, and he played his first Premier League minutes of the season in Rangnick’s first match against Crystal Palace less than a week later.

Rangnick encourages his players to press the opposing defence backwards, which is a key component of his playbook. His teams generally have one or two players continuously running in behind or playing on the last line to gain territory, and Elanga excels at this.

With so many of United’s other attackers, particularly Ronaldo, constantly dropping deep to get on the ball faster or demanding deliveries to feet, Elanga’s ability to sprint in behind provides him with a unique option for his boss, and is likely why he is playing.

Since Rangnick’s appointment, Elanga has racked up 384 minutes in the first-team, including three Premier League starts.

The academy product has a blistering pace and a rhythm of its own.

It’s nearly as many as Ronaldo, Martial, Rashford, and Cavani put together.

We will start with a stat for Fred. His current top speed is as follows :

Yes, thats right. Fred is one of the fastest players there is in United. Often misunderstood due to a few errors, Fred’s pace and intensity while pressing or recovering have helped the devils sail by in important fixtures

The player clocked a blistering 37.28 Km/h making him one of the fastest if not the fastest.

Fred joined Manchester United in the summer of 2018, while representing Brazil at the World Cup finals in Russia. Watch & Bet Football Here =>

There was never any doubt that Marcus Rashford would make the top 5 of this list. The forward is wicked fast and has the physique to go along with it.

Thanks for the support ?? See you guys again soon ❤️ #mutour

At 6 feet 1 inch, he is ridiculously athletic and built to play this sport. Those long limbs of helps him carry the ball with long strides but also gives him the agility to dribble in between tight spaces.

Rashford grew up playing as an attacking midfielder but he made his senior debut as a striker. Now, he has grown into a versatile forward, capable of playing from the wings as well. Ole Gunnar Solskjaer had prefered playing him centrally but he is now back on the wings with his blistering pace.

The Englishman recently was awarded with a huge salary bump in his new contract. It seemed overdue after the performances he put in for the side. Rashford’s potential does not seem to have a ceiling and he is expected to be the face of the sport on and off the field.

Diogo Dalot is one of the best signings made by the former Manchester United manager, Jose Mourinho. The Portuguese fullback was signed from FC Porto for around £19m.

He is capable of covering both the flanks and has an attacking bone which could be further developed for the future. His speed is certainly one of be reckoned with, making him so dangerous on the overlapping runs.

He has averaged a top speed of 34.9 Km/h in recent games. Yes! averaged.

United fans got to see some of what Dalot is capable of under Ole Solskjaer. The teenager is a good dribbler, capable of creating space for himself. He still needs to tweak his defensive game which is why the Red Devils went out and splashed £50m on Aaron Wan-Bissaka. Dalot will have the opportunity to learn as an understudy and be given important chances under the Ralf administration. 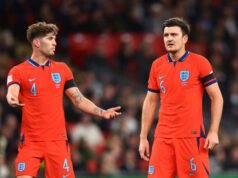