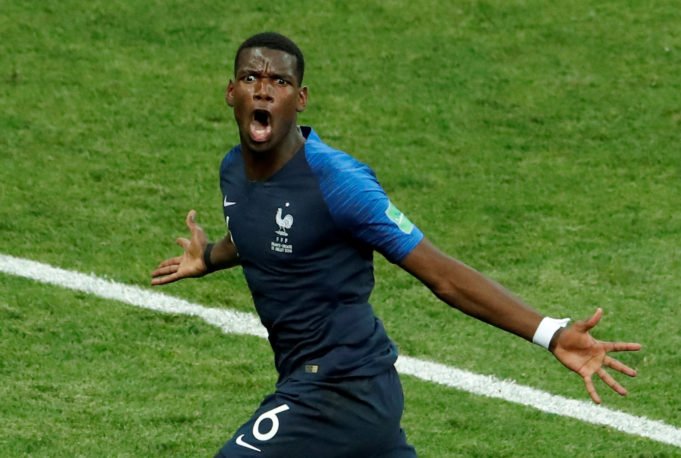 The former United player wants French midfielder to ‘Use his brain’

Former Mnchester United player Paul Scholes has asked present United and French midfielder Paul Pogba to raise the standard of his game and be more consistent with his form in the upcoming seasons.

Pogba was one of the important players who helped the French side lift the Wolrd cup after a gap of 20 years. His prime form in towards the later-half of the tournament helped the team to win the cup.

Pogba was re-signed by the United in 2016  for a then-record fee of €105 million (£89 million). However his return was not a dream return as the player struggled at Old Trafford.

The midfielder has however gained some form at the Old Trafford and made 37 appearance for the side despite recovering from a thigh injury. He even scored 6 goals last season.

In talks with the beIN Sports, the former player has questioned his ability to perform despite his success in Russia.

He said, “Paul needs to find a consistency, I think,”

“You look at his game, he can be brilliant one week and not so good the next week. He seems to be a player which you get a performance out of every three to four games. If you’re going to win leagues, that’s not enough, it’s just not enough”

“I’d be amazed if the same team has been named twice in a row, or the same formation. There doesn’t seem to be a set way of where it’s going and that could possibly work against him”

Scholes has also praised the midfielder’s effort and know that the player has ability to play good quality football.

He said, “There’s no doubt the lad has real quality – he’s shown in the World Cup that he can play,”

“He’s such a strong lad, he’s such a fit lad. He can run, he has great technique as well, great ability. But he needs to use his brain a little bit more to become a top footballer.”