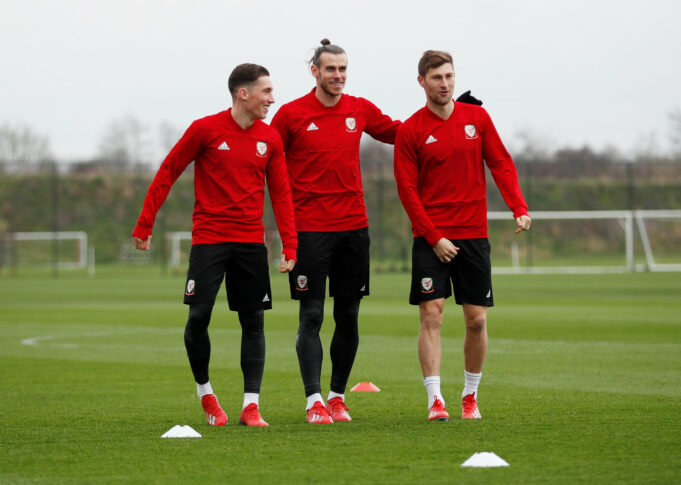 Gareth Bale was seen in high spirits during a training session with the Wales national team on Tuesday.

The Welshman stepped onto Manchester United’s AON complex with the rest of his international teammates and legendary Red Devil, Ryan Giggs.

He has drawn strong links to the Premier League outfit in the past but the 29-year-old did not let it affect his mood. He has overcome a series of injuries to be fit enough for the upcoming friendly against Trinidad and Tobago and also a 2020 Euro Cup qualifier against Slovakia.

Giggs’ connections with United allowed the Welsh manager to hold his session in the club’s premises. He also allowed the team to fill up the beds in his own hotel, as reported by Mirror Sport.

Giggs expressed his gratitude towards the Red Devils and said, “I’m really thankful to United for letting me use the facilities.”

“We have a facility in north Wales which isn’t quite ready yet so I jumped at the chance, knowing both the facilities would be good and the excitement it would generate within the squad because training at the ATC is something you don’t get to see every day.”

“I’m trying to drive the professionalism and standards and, obviously here, you see that.”