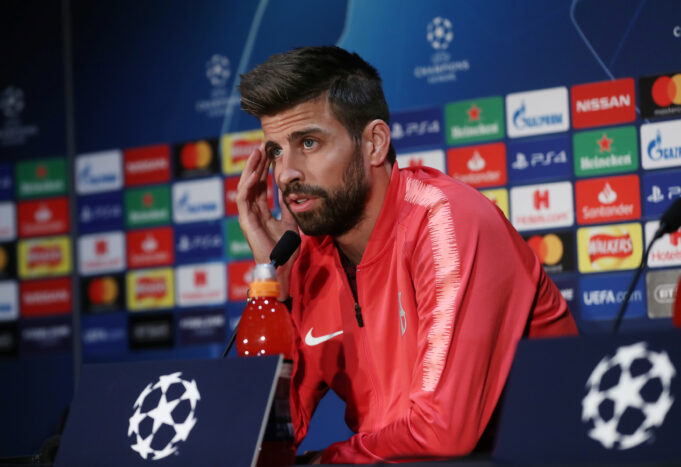 Pique had a brief stint at United but failed to make the cut as he eventually returned to Barcelona in 2008. Since then the 32 year old has established himself pretty firmly at the club and has emerged as a pivotal part of their defensive setup.

Lionel Messi’s team has been the side in form and Messi himself has shown some exemplary display in the last few matches. On the back of a 2-1 defeat at the hands of Wolves, the onus will be on United to take advantage of their home comfort.

Pique said, “I watched both their games.

“Here [at Old Trafford], I think PSG played better and in the second half they scored and they could have scored some goals.

”But you cannot leave Manchester United alive. If you can beat them by scoring a lot of goals you have to do it, because they have a great team and have great history. United showed in the second leg in Paris, even though they played with a lot of young lads from the Academy, they won and they qualified in the last minute with a penalty.

“It’s a great example for us. We have to concentrate from the first minute to the last minute of the tie. We know Manchester United are very dangerous and we have to play our best game to qualify.”