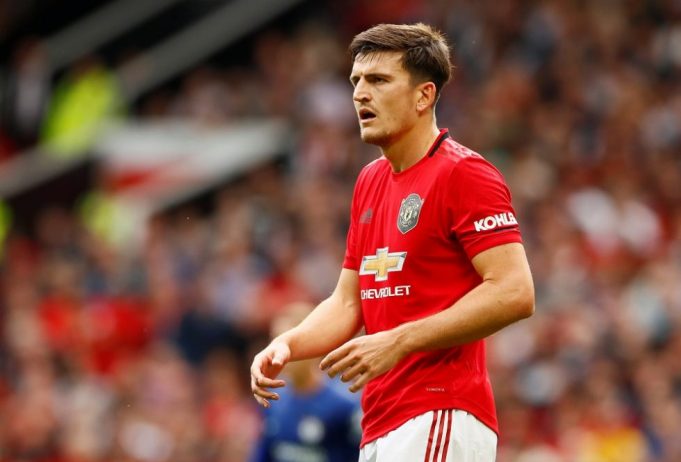 Roy Keane believes Harry Maguire’s “personality” saved him from a red card in the controversial 2-0 win over Chelsea.

The England international was clearly seen kicking out at Michy Batshuayi right next to the touchline.

He escaped without even a booking and went on to seal up United’s win with a goal. Keane thought it was Maguire’s “calm” personality which played a part in him not getting suspended.

“He’s a lucky, lucky boy,” said Keane. “Maguire, maybe because it’s his personality, a calm lad, but he definitely kicks out.”

Maguire definitely denied any malicious intent claiming he simply did it to prevent Batshuayi from falling over him. “I know I caught him and I felt he was going to fall on me and my natural reaction was to straighten my leg to stop him,” Maguire told Sky Sports.

“It wasn’t a kick out and there was no intent. I think it’s the right decision. I knew I’d caught him but that I had no intent to hurt him. It was just a natural reaction. I apologised to him and it was nice that the referee saw sense.”

Of course, Maguire was not fooling anyone even though his excuse was a decent one. The fact of the matter remained that he should have been punished for it. Keane also maintained his stance, saying, “His personality helped him, he comes across as a decent guy, it’s a decent excuse, but he’s a lucky boy.”