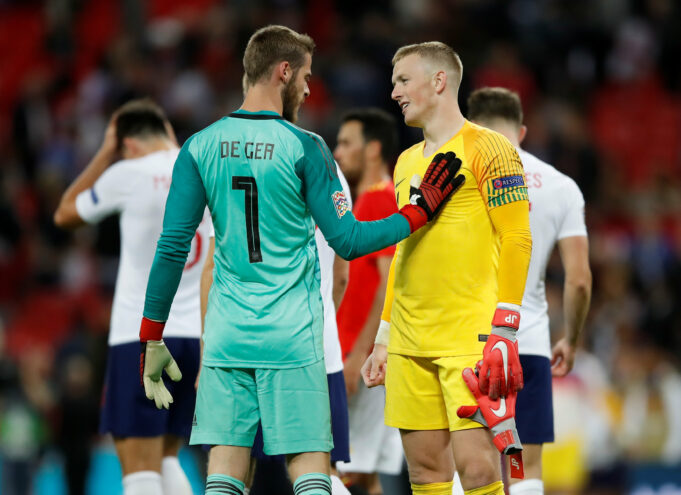 The Manchester United keeper had a flurry of errors in the last three games as his form plunged to a new low. The Spanish number one failed to collect a feeble shot of Lionel Messi and messed it badly as United lost 3-0 to Barcelona in the Champions League quarterfinal.

He then had a horrible day as a superior Everton side pumped in four goals past him as United crashed to their heaviest defeat in this season. De Gea was at the wrong end again as Manchester City winger Bernardo Silva beat him at the near post in the Manchester Derby.

He subsequently allowed Leroy Sane as the German wide man unleashed a powerful shot which skidded past the Spanish keeper.
Pickford said, “Everyone will have those games.

“I think he [De Gea] is one of the top ‘keepers in the world and I think he’s incredible.

“It’s great to watch him as well when he’s on TV and you just watch how good he is, and from a young age how he’s developed, it’s incredible.

“You can’t criticise a ‘keeper for one game. I think it just shows how good he’s been all season again.”