Former Manchester United manager Jose Mourinho has heaped praise on Harry Maguire after the 26-year old impressed on his debut for the club.

The Red Devils began the Premier League in dramatic fashion by trouncing Frank Lampard’s Chelsea side 4-0 at Old Trafford.

Maguire was brilliant at the heart of the defence and always kept the Chelsea attackers at bay. His performances earned the centre-back the Man of the Match award and Jose Mourinho’s praise.

The former Manchester United and Chelsea manager said: “”He fully deserved the award, he was solid like a rock. You can be very dangerous in attack but if you feel that a mistake is around the corner it takes your confidence away and you don’t play as well. When you feel there is something that allows you to play you are much more confident.

Maguire wasn’t the only summer signing who impressed as Aaron Wan-Bissaka was terrific on the right-flank while Daniel James scored on his debut after coming on as a substitute for Marcus Rashford.

After drubbing Chelsea, Manchester United next take on Wolves at the Molineux Stadium next Monday 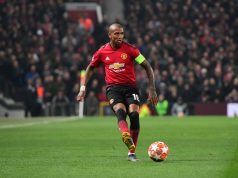