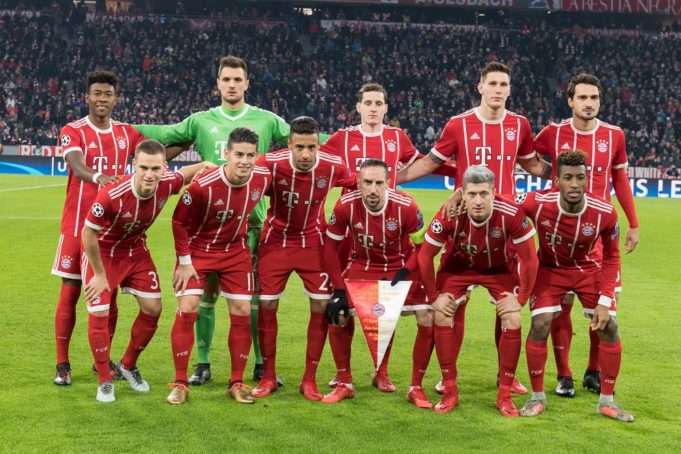 The Portuguese wants to strengthen his squad for next season

Manchester United are looking to bolster their squad this summer after falling behind Manchester city in the Premier League this season. Their priority is to add defensive reinforcements but will also look to add attacking options.

Jose Mourinho is reportedly eager to add creativity and physicality to his squad in order to challenge for the title nest season.

Despite having the most clean sheets and the second best defensive record in the Premier League this season, Mourinho is not happy as he had to rely on auxiliary full-backs and failed to settle on a consistent central defensive axis due to injuries.

Luke Shaw is expected to leave the club this summer and a new left-back is high on club’s transfer agenda after muddling through the campaign with Ashley Young filling the position.

Alaba has established himself as one world’s best left-back after constant solid performances for the German giants during the past few seasons. He has won seven consecutive Bundesliga titles but could seek a fresh challenge.

Speaking in March, he said: “I am aware that this decision will come to me and I still feel very comfortable here, but I can also imagine taking a different path, taking the next step or looking for a new challenge.

“I am at an age where I have had a lot of experience and where I would like to take the next step in my career.”

Rodriguez joined Bayern from Real Madrid on a two year loan deal last summer and has been a crucial part of their domestic dominance. The Club have an option to convert his loan into a permanent move for £36.7 million.

But signing the Columbia International would be difficult for the Premier League giants as the player is eager to move to the German club on a permanent deal.

“It’s a good league here in Germany, the stadiums are full. I came here with a different perception.