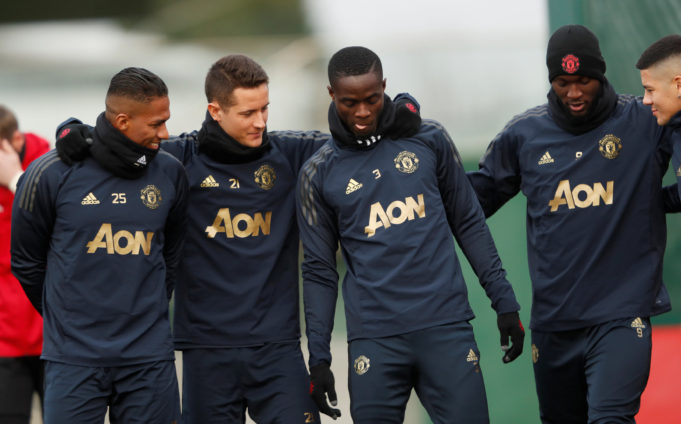 According to reports from the Mail, Manchester United have turned down a loan inquiry for Arsenal about defender Eric Bailly. Arsenal wanted to sign Bailly on loan for the rest of the season with the option of buying him in the summer.

However, Manchester United have rejected Arsenal’s approach for Bailly.

Arsenal manager Unai Emery is keen to bolster the squad in the January transfer window. The Gunners’ defense department is not very good at present. Arsenal are lucky to have skipper Laurent Koscielny back from injury while Sokratis is also doing a decent job at central defence. However, after these two, Shkodran Mustafi is the only recognisable centre-back Arsenal have. Mustafi himself hasn’t been very good this season so far.

Hence, Arsenal need a decent centre-back to have suitable cover in that department. The addition of Eric Bailly would have been useful for the squad.

Bailly has made only 11 appearances for Manchester United this season so far. He has featured in only one match under Ole Gunnar Solskjaer where he received a red card. It will be difficult for Bailly to be a regular under Solskjaer.

Also Read: Bailly talks about when he was about to sign for Manchester United