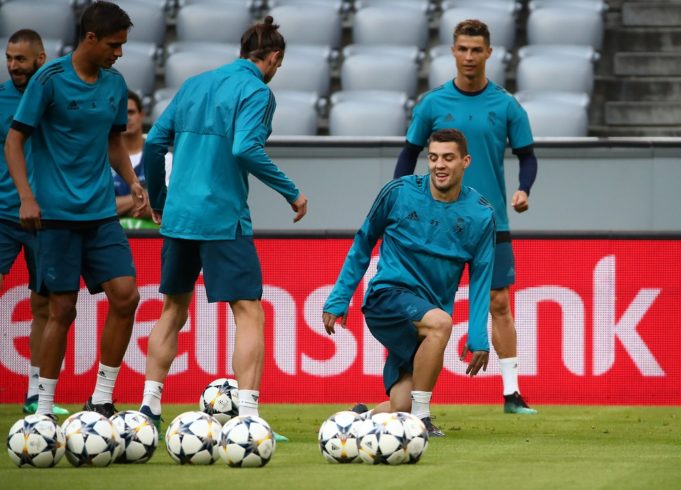 The Player’s future with the Spanish side is still uncertain

Manchester United are looking to bolster their squad in the transfer window after an underwhelming campaign this season, not winning a single silverware.

They are expected to be busy in the summer transfer window and have already completed two signings. Teenage full-back Diogo Dalot from Porto, while a £52.5 million fee has been agreed with Shakhtar Donetsk for Brazil international Fred.

Jose Mourinho is looking to bolster his forward line this summer as he wants someone to liven up his side’s attack next season, who were the lowest scoring team in the top four last season.

The Red Devils are keen to sign Real Madrid winger Gareth Bale, as the squad lack a natural right flank. They have been linked with him for a long time.

The Wales International joined the Spanish side from Tottenham for a then world record transfer fee of €100.8 million, signing a six year contract in the summer of 2013. He has enjoyed a successful period with the club, winning four Champions League, one La Liga title and two Club World Cup wins.

The 28 year old has been an integral part for the La Liga giants but struggled to be a regular with injury problems. He has often been sidelined for a long period of time due to his injury problems.

He endured another testing campaign at the Santiago Bernabeu last season, with injuries and tactical tinkering limiting his impact. Since his return from injury he has struggled for regular game time as former manager Zinedine Zidane preferred Isco and Marco Asensio ahead of him in the starting line up.

Though the winger proved his worth when he came on as a substitute in the Champions League final against Liverpool last month. The score was 1-1 and he scored two goals in quick succession, including a brilliant bicycle goal, to turn the match in their favor.

The Welshman threw his future at the club into doubt after the match, expressing his unhappiness over a lack of game-time under the former French midfielder.

Manchester United and Real Madrid have reached an advanced stage of talks regarding Bale, according to the Manchester Evening News. Mourinho has prioritised a moved for him over Cristiano Ronaldo, who completed a transfer to Juventus this week.

But the whole deal depends on the player, whether he wants to stay in Spain or not.