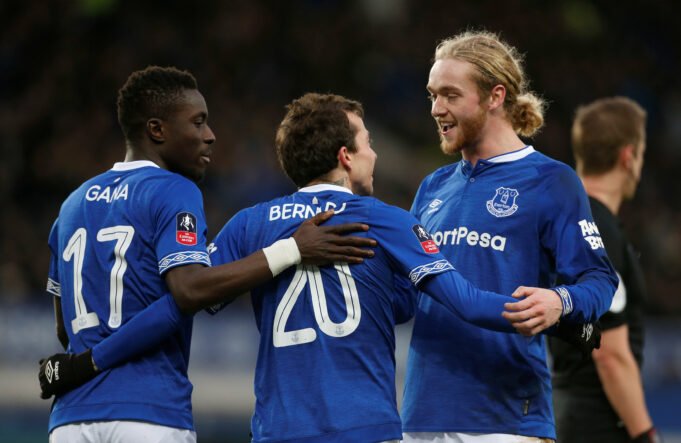 Ander Herrera has been a pivotal part of Ole Gunnar Solskjaer’s setup but the Spaniard is destined to leave the Old Trafford at the end of the season. The midfielder has reportedly agreed to join Paris Saint Germain in the coming summer and will end his long association with the Red Devils.

Gueye has been attracting interest from all over the world and was on the verge of leaving Goodison Park. PSG had their eyes on the player and lodged a number of bids to snatch the player from the Merseysiders.

But despite handing a transfer request the 29 year old stayed at the club. Solskjaer is eyeing a number of signings to strengthen each department and bringing a midfielder is his priority.

Gueye has tons of experience having played in the Premier League for quite a while since joining Aston Villa back in 2015 and could be a perfect replacement for Herrera. Since the failing transfer to the French club the Senegalese international has ramped up the intensity and his influence in the starting lineup has been justified.

Everton will do their best to keep the midfielder at the club but a strong offer from the Red Devils would be too hard to resist.