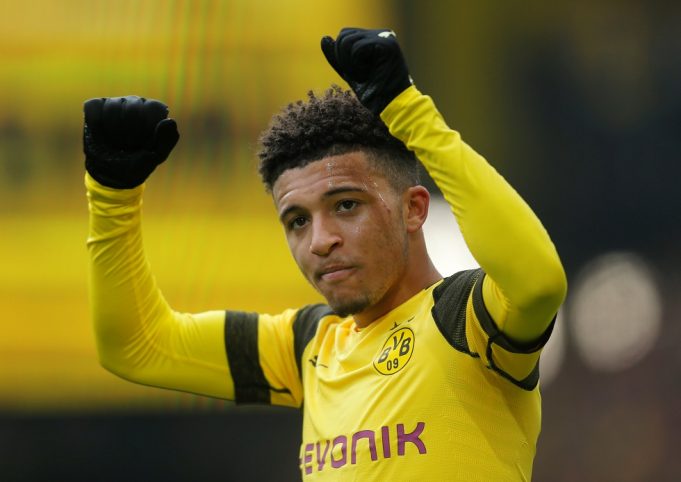 For months, the England international has been linked with a move back to the Premier League but the question has been to which club.

All the big-guns, Chelsea, United and Liverpool are interested in signing the 19-year-old Bundesliga sensation. All of them are ready to break the bank for him as well, such is the hype behind Sancho. There is no doubt over the Manchester City youth product’s footballing talent.

Dortmund have not yet received an offer for Sancho but that situation is bound to change soon enough. Jesco von Eichmann (Sky Germany reporter) tweeted out, “Michael Zorc, the director of Dortmund, said last week in an interview that he hasn’t had an offer for Jadon Sancho yet. Today, I asked him again, and he just smiled.”

United fans have gone into a frenzy over the perceived availability of Sancho. United have already splashed out over £200m on Aaron Wan-Bissaka, Harry Maguire, Daniel James and Bruno Fernandes. Club chairman, Ed Woodward claimed that more signings are underway in their pursuit of realigning the club to winning ways.

Sancho would be a brilliant addition to this United side but at what cost? Will he single-handedly be able to answer the club’s problems or does Woodward need to address key issues first?