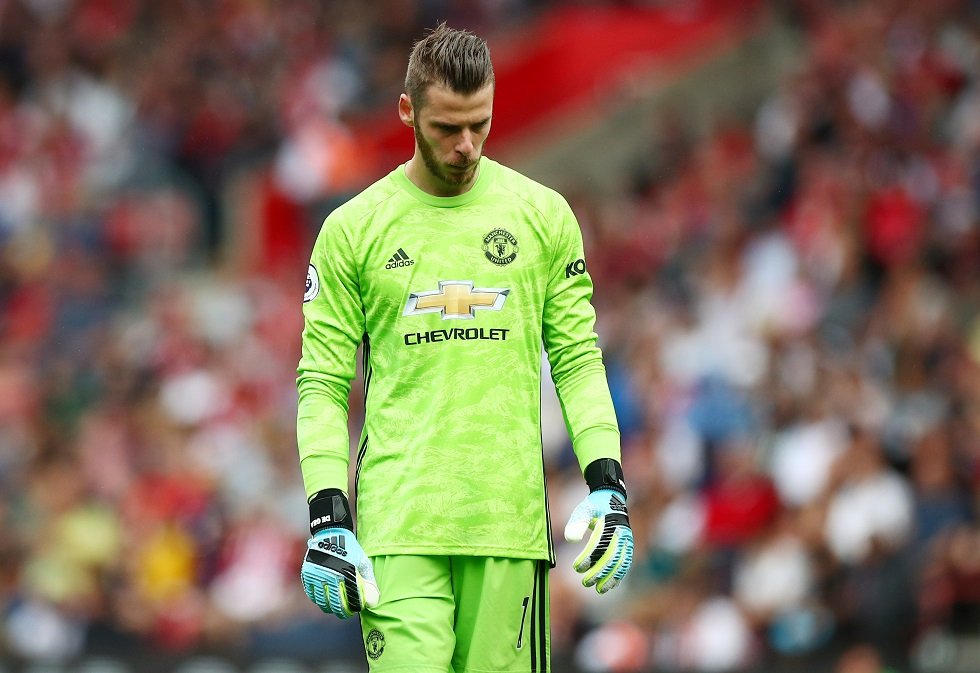 David De Gea was dropped from Spain’s number one spot last month as Kepa Arrizibalaga picked up the starting responsibilities.

The Chelsea goalkeeper justified his selection with a terrific save against Romania last night as Spain went on to win the game 2-1.

De Gea has been the starting keeper for La Roja since overtaking Iker Casillas under Vicente del Bosque. He was a consistent performer for both club and country up until the 2018/19 season.

It is unclear as to what exactly is wrong with the 28-year-old but it clearly is all mental. He made a key error during Manchester United’s 1-2 loss against Crystal Palace when a close-range shot from Patrick van Aanholt gave the away side all three points at Old Trafford.

“If the goalkeepers are at the level that they have shown up to now, it’s possible to alternate them,” said Robert Moreno. “I don’t believe that in a national team it’s crucial that the same goalkeeper plays all the games.

“I’m expectant but I don’t see it as a debut having felt that way against the Faroe Islands and Sweden. I’m looking forward to the game and to do well.”

Moreno is open to the idea of letting both keepers to battle it out for the top spot but for now, it will be difficult for De Gea to upstage Kepa.