United missed out on him in summer 2019.

But his move could finally happen in January.

Manchester United reportedly believe that they will complete a deal for Sporting Lisbon midfielder Bruno Fernandes this month. The Red Devils, who have monitored the player for over a year, are said to be in advanced talks with his representatives.

Sporting president Frederico Varandas has arrived in London to hold talks with United vice-chairman Ed Woodward over a potential deal. According to the Daily Star, there is a belief among those within the United hierarchy that Fernandes can be signed this month in spite of his asking price of €65 million.

Other reports claim that Fernandes, despite recently penning a new long-term contract at Sporting, is desperate to complete a move to Old Trafford. The Portuguese is valued at almost €65 million. but United hope to sign him for a lower fee by including one of their players in the deal. The only name that has been mentioned in Portugal is Argentine defender Marcos Rojo but the Red Devils would not be willing to let him go.

“I have started thinking about alternatives if Bruno doesn’t stay. I hope it doesn’t happen, but in Portugal, unfortunately we cannot hold on to our best players for very long and he is the best player in the league”, Sporting coach Silas said recently. Meanwhile, Ole Gunnar Solskjaer is keen to locate midfield reinforcements this month in light of injuries to Paul Pogba and Scott McTominay. 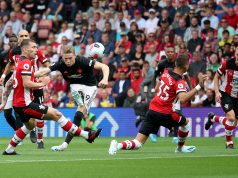