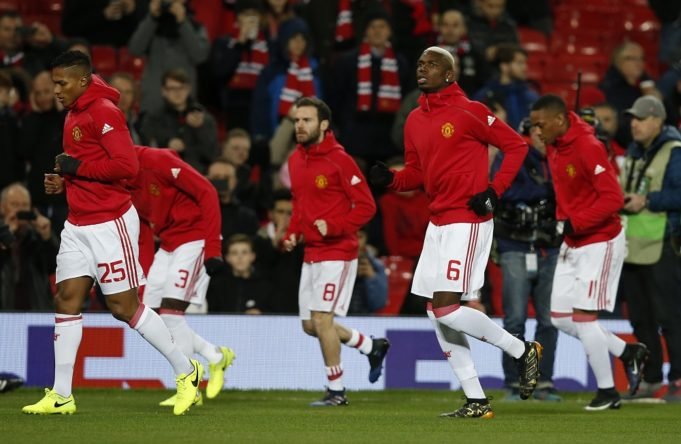 Frenchman has been heavily linked with a summer move

Anthony Martial joined Manchester United from Monaco for £36 million, potentially rising to £58 million, on a four-year contract with the option of another year in 2015. Since then he has been an integral part of the team and considered one of the best young talents in the world.

The France International started this season off brightly and was regular during the first half of the season under Jose Mourinho. But since the arrival of Alexis Sanchez in January, he has found minutes harder to come by and has started only 6 games since the Chilean joined.

It is believed that the 22 year is frustrated with the lack of game and could look for a summer exit in order for more first team football. He also missed a place in France World Cup squad which further intensified the speculations.

The Former Monaco ace has been linked to host of clubs like Arsenal, Tottenham, Chelsea and Juventus.

But the Red Devils are very keen to keep the Frenchman as he has settled well in the club and is rated very high among his teammates. Even Jose Mourinho claimed earlier that they will only sell him if the player asks himself that he wants to leave and won’t sell him to any Premier League club.

Manchester United have opened contract extension talks with Anthony Martial, according to The Sun .

The Forward still have 1 year left in his contract and the Premier League giants have the option to extend it by 1 more year. But the club is looking to prolong his stay by offering him a next contract and to ward off interest from other clubs.

Martial still managed to rack up 45 appearances in all competitions this season, netting on 11 occasions and chalking up nine assists.

Read Also: Manchester United have no interest to involve Martial in Alderweireld deal