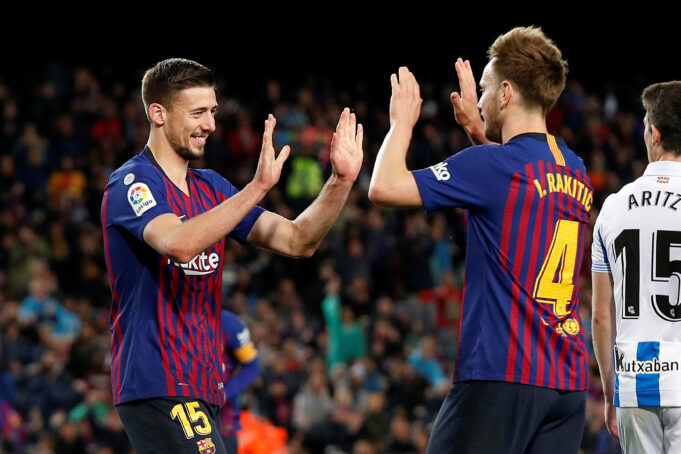 Following an underwhelming season, the Red Devils are expected to undergo a squad overhaul in the summer. Ole Gunnar Solskjaer didn’t live up to the expectations he garnered during his  interim period and as a result, they finished outside of the top four.

The arrival of Frenkie de Jong is likely to create a shortage of space in the midfield and Rakitic has been linked with a move outside from the club. The departure of Ander Herrera and Marouane Fellaini has vacated spots in the United squad and Solskjaer wants to bring in a suitable replacement in the summer.

United had been linked with the playmaker before but the move didn’t materialize. But they are ready to renew their attempt this time and the Catalan giants might be forced to let him leave the club as they are planning to use the money to facilitate the transfer of Matthijs de Ligt and Antoine Griezmann.

The Spanish giants would be looking to recoup the major portion of Rakitic’s transfer fee but United would like to keep the price within the £30m range.