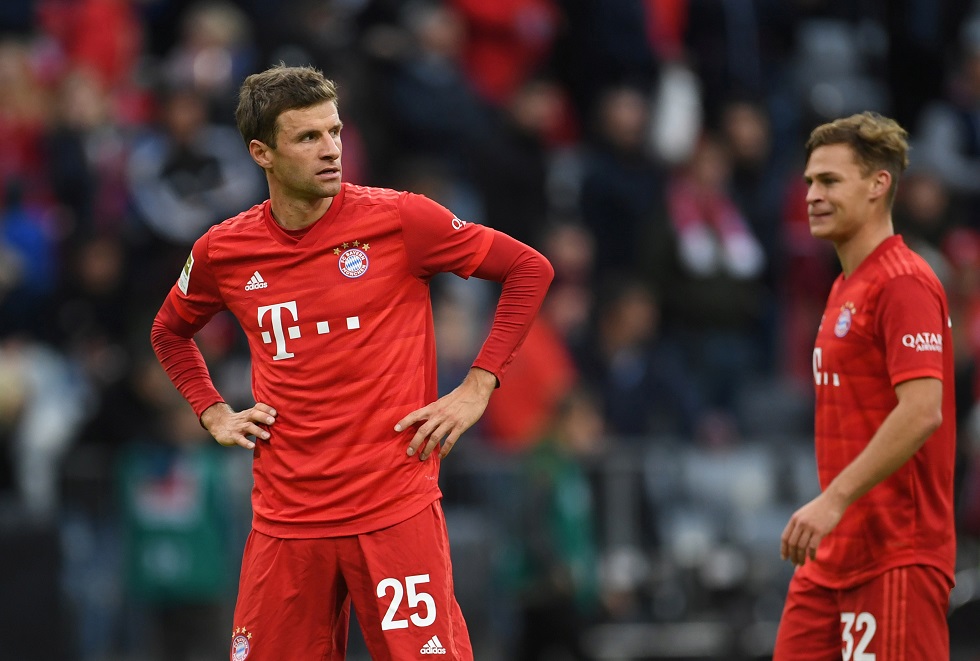 According to the latest reports, Manchester United are interested in handing Thomas Muller an escape route this January.

The German forward is ready to leave Bayern Munich for a lack of playing time, BILD claims.

United are having trouble finding the back of the net and they could use a bit of experience upfront. Marcus Rashford has been adequate but he might still be far off from being a finished product. Anthony Martial has suffered from fitness issues but has shown promise in being the starting number nine.

Muller could add a different dynamic but United will have to be aware of Inter Milan’s interests as well. The Serie A outfit thinks Muller’s current situation and his contract makes him an attractive candidate.

Muller has scored 186 goals in 487 matches and has also laid out 173 assists. He has been an instrumental piece for Bayern for the majority of the past decade. But he turned 30 this year and his effectiveness has reduced in recent years.

He is a proven goalscorer at both club and international level, having scored 38 goals in 100 caps for Germany. Muller could fit into a central spot even with both Rashford and Martial in the starting lineup.

Whether it will be worth it for Manchester United cannot be said for certain. Ole Gunnar Solskjaer is under pressure of his own to keep his job at Old Trafford. Even with Ed Woodward backing the Norwegian, would it be wise to spend a lofty sum on a 30-year-old veteran?

See Also: Top 5 Manchester United Players That Are Back From Loan – Summer 2019