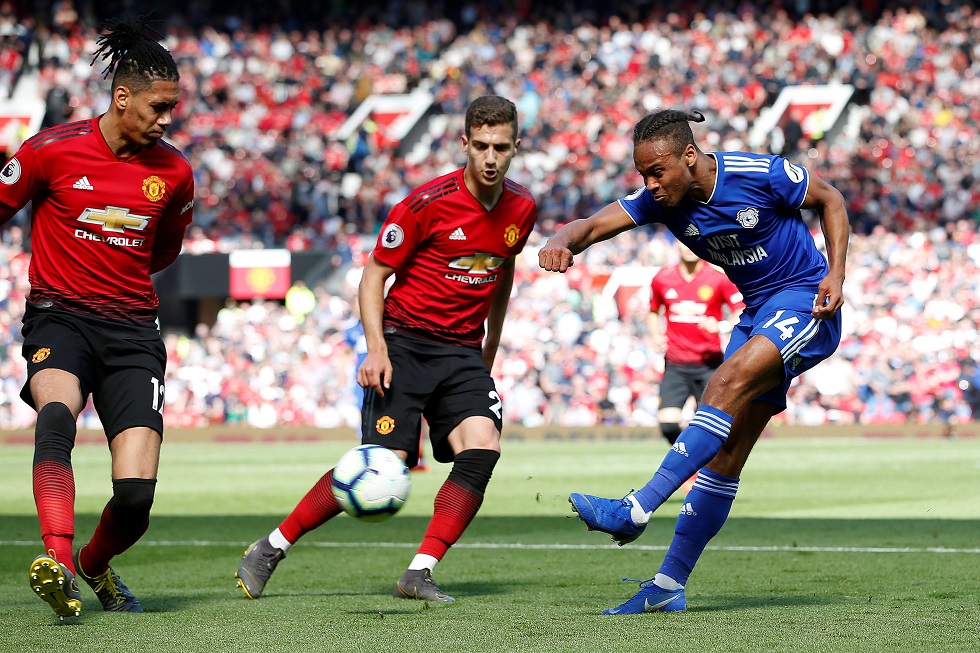 Manchester United want £17m for Chris Smalling if AS Roma want to keep him permanently next season.

The Red Devils set their asking price after holding talks with his loan club. Smalling has featured in 6 of the 10 Serie A games for Roma and has impressed.

He was surplus to requirements at Old Trafford but he is really helping the Giallorossi’s title-chase this season. Paulo Fonseca’s men sit fourth in the standings after beating Udinese 4-0 last night.

Ole Gunnar Solskjaer has found Smalling’s replacement in an £85m trade for Harry Maguire. It was a massive upgrade for United and they are looking to recoup some of that money through trading away the unnecessary bits.

The problem is Roma wants to tie up Smalling’s permanent deal for around £8m. He is about to turn 30 and also has a pretty sizeable contract after signing his last extension with United.

The Englishman joined them from Fulham in 2010 and revealed how he almost joined Arsenal.

“In my head, I was going to Arsenal,” he told The Athletic. “Then Manchester United got in touch. I was leaving the team bus at Blackburn away and [Fulham boss] Roy Hodgson said: ‘we’ve accepted a bid from Man United’. That threw me.

I felt there were more opportunities to play at Arsenal, but I spoke to Fergie and he said: ‘I wouldn’t sign you if I didn’t think you could play games.’ Maybe his aura felt right, but I made the right decision because I was soon playing alongside great players and winning the league.”