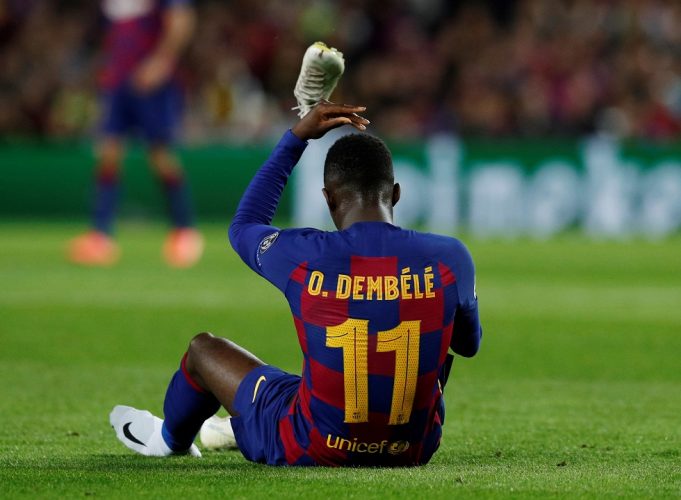 Manchester United’s fascination with Ousmane Dembele has not quite ended.

Reports claim that a January move is being lined up for the injury-riddled Barcelona star.

Dembele’s €105m move to Barcelona massively flopped with the Frenchman struggling to adjust or stay fit. A lack of regular playing time has seen him get dropped by multiple managers including current boss, Ronald Koeman.

Manchester United want to take advantage of his situation at Camp Nou. Dembele is still only 23-years-old and has a contract until June 2022. This is a bad situation for the Blaugrana given how the player is losing value with each day.

United were left frustrated last summer when a £120m offer for Jadon Sancho did not materialise. Borussia Dortmund wanted more and eventually decided to keep him for the 2020/21 season. While a future move for him is still possible, the Red Devils will want to get other players in.

Dembele’s contract situation will lay in the hands of the next president which is bound to be after Januar 21st. That means if United were to sign him, it would be the late stages of the transfer window.