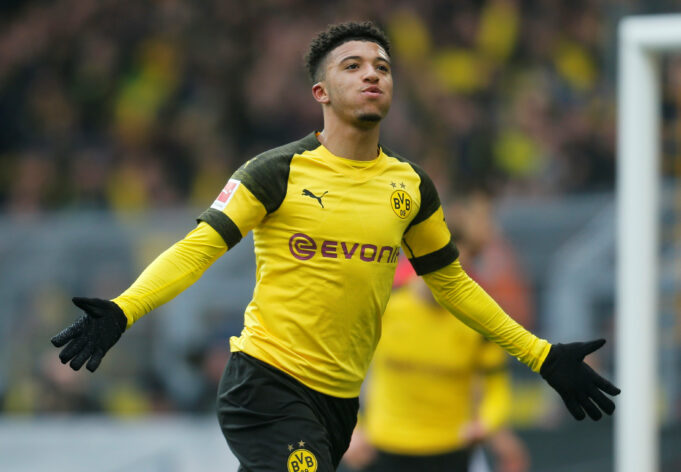 German football expert Archie Rhind-Tutt believes that it would be good for Manchester United to quit their chase for the English winger Jadon Sancho, who is currently plying his trade for Borussia Dortmund. The former Manchester City ace has been linked with the Red Devils in the recent times.

Speaking on the “At the match podcast”, Archie Rhind-Tutt said, “When Dortmund had the ball going forward they weren’t able to use the ball very well, and the one person I would single out for that is the one man who is being heaped with praised to high heaven in England right now – because I think people just look at his assist tally – and that’s Jadon Sancho. Top assister in the Bundesliga. The issue with Sancho is it takes him a long time to get into the game. Either he’s subbed on late into a game and he’ll make an impact, terrifically so.”

He added, “Or he’ll have quite a few dodgy moments, like in the reverse fixture against David Alaba. If you talk to Dortmund fans they’ll say Sancho will come up with that moment of magic, and that’s why you won’t ever really see Favre sacrifice him.”

Concluding the conversation, he said, “The problem with Sancho is he’s not making the right decision all the time. You can see it go through his brain, but sometimes he needs to attack defenders with the same conviction he has every time. He’s made great steps this season, but it would be a false move for me if he was to go to Manchester United now. I don’t think it would be good for his overall development and he’s going to have a long career ahead.”

SEE ALSO: Solskjaer urges Manchester United to be ruthless in the transfer window