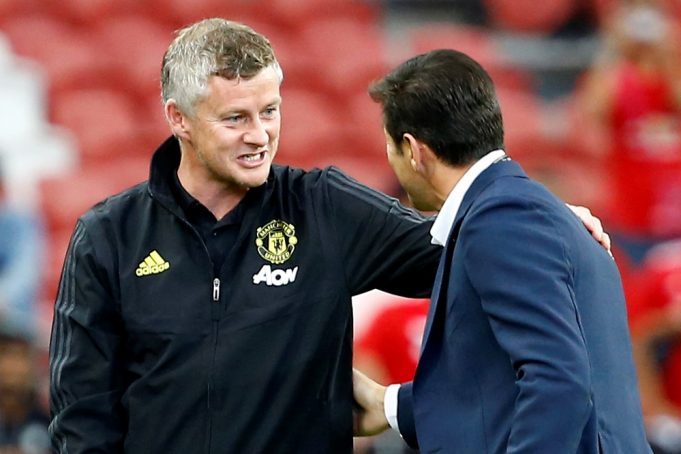 The Manchester United fans are a part of the footballing fraternity who can’t wait for the new season to commence. With legend Ole Gunnar Solskjaer serving his first full season managerial stint at Old Trafford, the Red Devils have already gotten him two transfer targets he asked for.

United have signed Daniel James and Aaron Wan-Bissaka for a combined fee of £68m from Swansea and Crystal Palace respectively. However, the United boss intends to bring in more fresh legs, meanwhile trying to keep hold of Paul Pogba, who is being linked with an exit this summer.

Should United get all their rumoured targets, it will be an absolute treat to watch them, isn’t it? Let’s have a look at how the Red Devils would line up if Solskjaer gets his transfer wishes fulfilled.

David De Gea is one of the most senior-most members in the squad, having arrived at Manchester United from Atletico Madrid in 2011. The Spanish shot-stopper is already on his way to becoming a United legend, having performed exceptionally well in these torrid times for the Red Devils.

He had a disappointing season 2018/19, but regardless of that, he remains one of the best players in his position to this date. To top that, he has also reportedly agreed to extend his stay at Old Trafford, all but stamping his authority on the position between the posts.