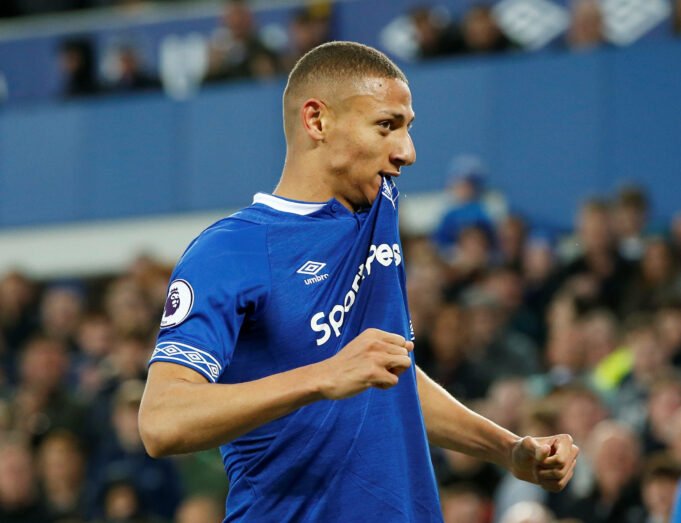 Richarlison has refuted speculations linking him with a move to Manchester United but insisted it’s a nice feeling when big clubs show interest in him.

The Everton forward arrived at the club last summer and had a fruitful campaign having netted on 14 occasions for the club. Predominantly a left winger the 22 year old can play across the front three and it’s his versatility which has made him a very interesting prospect.

Ole Gunnar Solskjaer has been on the lookout for some attacking reinforcements and Richarlison could be an alternative. The likes of Marcus Rashford and Anthony Martial are expected to be at the forefront next season and the Brazilian could form a deadly trio with them.

Should the Toffees sanction a move for the youngster they would be looking for at least £100m to let him leave the Goodison Park. However, the player himself is very happy at the club and wants to make his stay longer in the Merseyside.

“It’s a nice feeling when you get praise for your good work, but I’m not thinking about a transfer at the moment.