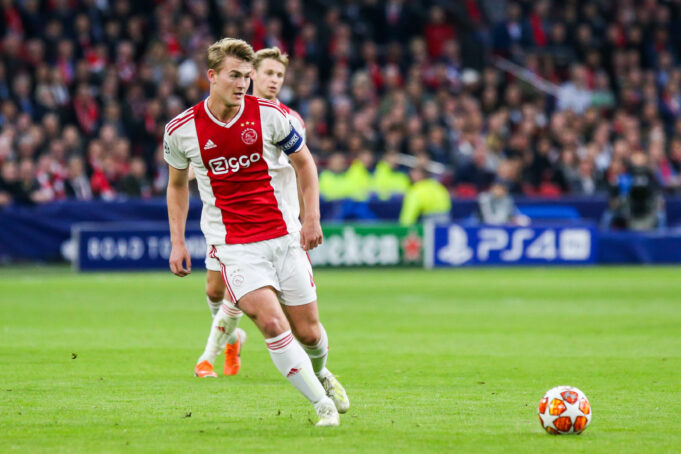 Ronald Koeman’s Barcelona connections won’t have an effect on his decision, Matthijs de Ligt has confirmed.

The Dutch defender had an exemplary season as he captained Ajax to the Eredivisie title and also guided them to the Champions League semifinal. The 19 year old’s brilliance in the heart of the Ajax backline hasn’t gone unnoticed and a number of clubs are believed to be interested in his service.

Barcelona were the first to contact his entourage and the defender looked on his course to Spain but Manchester United have hijacked the deal and reportedly have offered a huge wage to lure the player.

De Ligt said, “At the end of the day, you look at yourself only. He [Ronald Koeman] does know me well but the fact that he is Dutch won’t matter a lot [if Koeman joins Barcelona].

“Why does it take so long for me to make a decision on my future? For months there have been reports about me and the transfer period itself hasn’t even started yet, so, fine question from you. It’s not that I write it. The media does that.

“I just want to finish this season first and focus on that [making decision on future]. I do prefer to play the pre-season with my new club, or with Ajax. I don’t know when it will happen but I hope will be as soon as possible.”