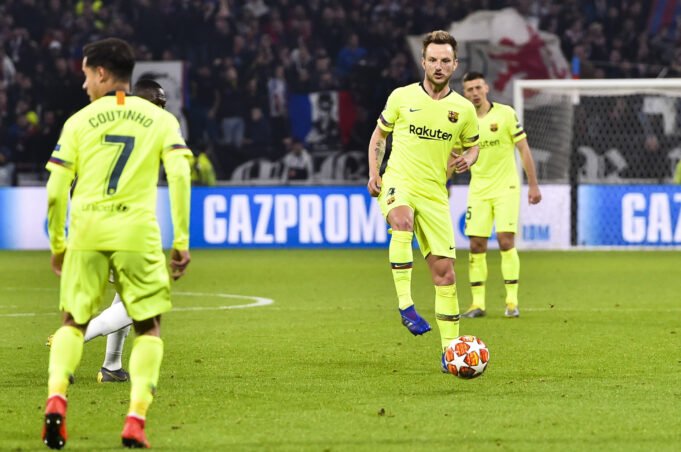 Manchester United are reportedly monitoring Barcelona midfielder Ivan Rakitic and could make an attempt in the summer to bring the player to the club.

Irrespective of the outcome of the current season United are bound to invest heavily to back their Premier League title credentials and Rakitic can definitely boost their chances.

The Croatian midfielder seems to be happy at the Camp Nou but is yet to be approached for a new deal as his existing contract set to expire in 2021. He was heavily linked with a move to Chelsea but nothing materialised and he went on to remain in Spain.

The Red Devils do have the financial might to fund this move and chief executive Ed Woodward is destined to make some big signings following United’s recent revival. The introduction of Ole Gunnar Solskjaer has brought back the good vibes and club surely will do everything to push for the title next season.

The arrival of Frenkie de Jong cast uncertainties on his future although the player has insisted on staying at the club. “Since I’ve been here I do not know how many times I’ve left and I’m back.

‘I’m more than happy here and my intention is to be here longer. The other day I gave the president a little nudge to see if he would start my renewal.”