Solskjaer sees Lindelof as a long-term partner for Harry Maguire at centre-half.

The Sweden international is set to sign a new contract with Manchester United, according to reports in Sweden.

United signed Victor Lindelof in a €35 million deal from Benfica in the summer of 2017 and has now established himself as Ole Gunnar Solskjaer’s first-choice centre-back alongside Harry Maguire.

He reportedly attracted interest from Barcelona over the summer after an impressive 2018/19 campaign and began the new Premier League season in good form during his side’s 4-0 win over Chelsea.

According to Aftonbladet, Lindelof is now on the verge of agreeing a new deal with United.

United reportedly want to keep the Swede happy after he attracted interest from Barcelona this past summer. The report claims that Lindelof’s agent has been in talks with United and the defender will see a ‘significant’ increase on his current £75,000-a-week salary.

The 25-year-old still has two years remaining, plus the option of a further year, on his current United contract but his new deal will extend his original terms.

A six-year contract would match the length of deal United gave Maguire when he completed his world record transfer from Leicester earlier this month, and the England star also has the option of a seventh in his. It remains to be seen whether the same would apply to Lindelof, although a “plus one” option has been a hallmark of United contracts for a number of years. 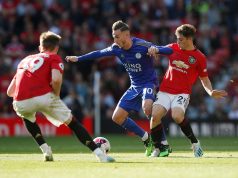 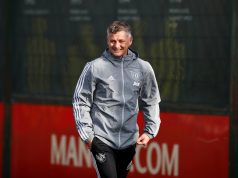