Manchester United transfer rumors – Who has the Red Devils signed in 2021?

However, the Red Devils did not sign many people to the surprise of many people! Their only signing is Bruno Fernandes from Sporting Lisbon in January and then in the summer they got Donny Van De Beek and Edinson Cavani and Alex Telles. Bruno, the playmaker has had a bright start for Manchester United after joining from Sporting in January! He has already become a regular first-team member and one of the best in the team! Let us move on to the other Manchester United transfer rumors!

When the January 2020 window, opens, Ole Gunnar Solskjaer has indeed put together a good plan to make a new team. However, his team needs new players to complete the squad, and Ole despite shortlisting many could not get his hands on anyone earlier and will want to change that now.

It is another start of a rumor for Jadon Sancho. The player himself played up the hype when he said he would want to play at Manchester United on Instagram.

Let us now move into who the Red Devils might be looking to sign come January. The transfer market is a tough place now. Luckily for the Red Devils, they can spend a lot on new players. They also want to qualify back for Champions League 2020-21 and are in the 2nd spot in the Premier League this season so far. It means Manchester United owners will unleash a rather heavy war chest. Some have reported that the amount is likely to be in the region of above £250 million! Ed Woodward had some contrasting news today but let us not delve too seriously into that. It may just be a transfer ploy to drive down the price.

It will certainly be a huge advantage for Manchester United. So let us see who they are interested in signing.

Let us start with defense obviously!

The Red Devils are very happy with David De Gea in the goal. Who would not be?

However, David has made quite a few big errors leading to straight goals in the last year and a half. He is declining in form and United might look to move him on. Moreover, he is horrible with the ball in his feet, a modern trait required of keepers. The target man to replace him is Atletico Madrid’s, Jan Oblak. Oblak has proved himself to be the world’s best recently and would enjoy a new challenge in the world’s most popular league.

Yes, they do have Dean Henderson as backup but Oblak would be the kind of signing that would definitely be unparalleled class.

This is one area Manchester United desperately need freshening up despite signing Telles. Their current option is only Luke Shaw who is only good and nothing more. However, they need new faces if they want to win multiple competitions. A possibly good deal could be the chase for Ryan Bertrand, the Southampton captain as back up. He is a former Chelsea reject but has done well of late. He will add good intensity to the squad and can be vital for Manchester United.

This is a position where the Red Devils lack a partner for Harry Maguire. With Lindelof and Bailly they have good decent players but not world-beaters. So the backline lacks depth besides Maguire. Upamecano is a good player for the future but Manchester United needs someone who can take charge now. Boateng has plenty of experience but maybe past his prime. However, Koulibaly would tick all boxes and really take Manchester United to the next level. He will not come cheap though with Napoli last time asking for around £100 million for him!

This is where Red Devils have needed the maximum back up.

The Red Devils have Paul Pogba, Bruno Fernandes, Donny VDB, Fred, Scott McTominay, and Nemanja Matic ready to fill in this role. Hence, these are not priority signings. However, they do need a midfield workhorse. Sandro Tonali would definitely be one for the future as many clubs are already after him. As for Isco, he is world-class and Manchester United despite not needing him, might go for him as he will increase the level and quality in that midfield.

Declan Rice would be a perfect choice and he is of course high up the interest ladder on Manchester United’s transfer target list. James Maddison was also highly sought but the transfer of Bruno might have eased the emergency there.

This is another area of major concern for the Red Devils. Check out who is being lined up for transfer targets!

Wingers will be of great importance to this attacking-minded Manchester United team. Right now they have Marcus Rashford and Anthony Martial with Daniel James as back up. Rashford however, primarily plays up top or Martial. Philippe Coutinho is being seen as a likely option with Ole Gunnar Solskjaer a huge fan of the player. He has already played in the Premier League and can be a star again. Ousmane Dembele has seen his career go wayward in Barcelona. However, at this young age a new start could do wonders for him. Especially with his young and bright Manchester United team. 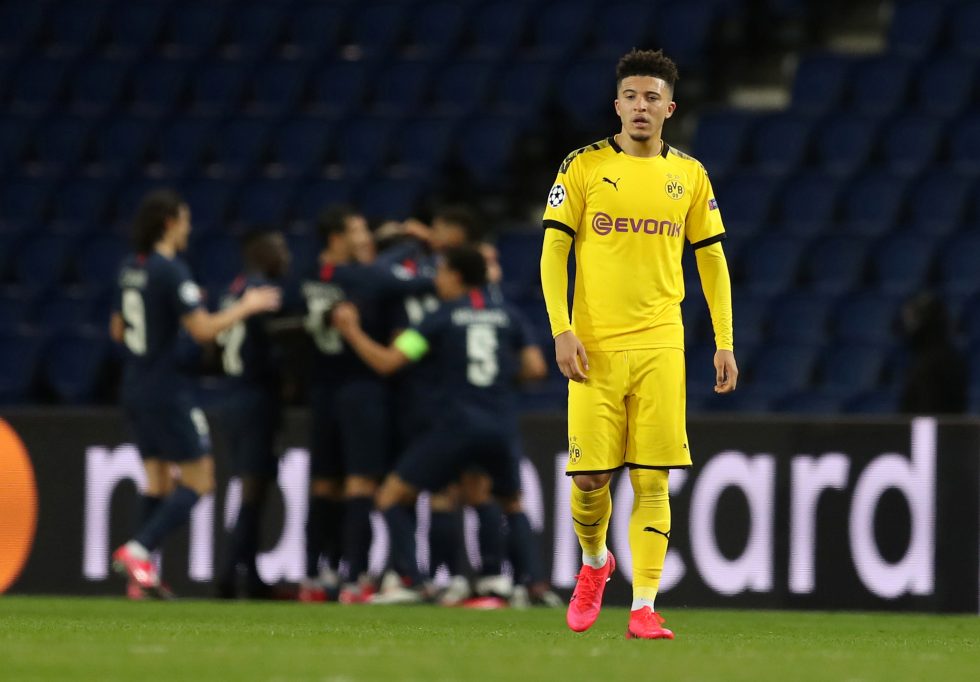 Jadon Sancho is the big prize money. He has a host of clubs on his tail with Manchester United believed to the lead. Sancho will almost definitely leave Dortmund this summer and is expected to break the British transfer record. Well, Ole does have money for that.

Another unstoppable player Manchester United have been linked with is Adama Traore. The Wolves explosive winger is highly rated and Solskjaer really likes him. He could be on his way to Old Trafford as well!

Rashford and Martial are world-class but cannot play all 60 matches a season. They need someone to take the load off them. With Greenwood and Ighalo as only two backups, Manchester United is looking at options. Dries Mertens is a free agent and could be useful for a few seasons to Manchester United.

The chase for Martinez will see Manchester United take on Barcelona who are seriously in need of a striker. Last up is their biggest summer target in Harry Kane. Kane recently admitted that he might leave for a bigger club and who bigger than United.

He will cost the club around $220 million breaking the English transfer fee and world record fee as well!