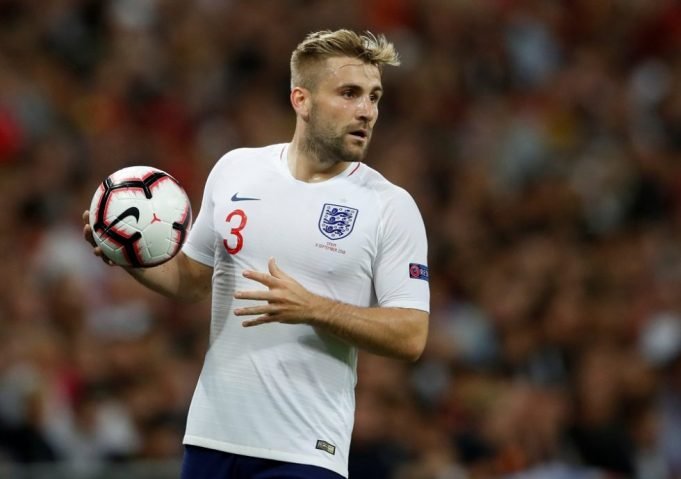 Luke Shaw is grateful to earn a starting berth for England in the 2020 Euros.

“It’s extremely special to be able to make the 26-man squad,” Shaw told reporters from the training base.

“If you look at this time last year, speaking about England, I wouldn’t have been mentioned by anyone or by Gareth and at the start of the season, there was an aim to get back into the England squad.

“I was young and a bit naive [when I was called up in 2014]. And I think sometimes when I was in that situation I didn’t realise how big it was, the fact that I was here at a tournament. Young lads, nowadays they just go with it and I think maybe I did at that time.

“Now to be a part of this squad, I’m a bit more mature and understand things a lot better now, so massive pride and so proud to be able to be in a 26-man squad going to represent England, that’s the highest level you can get in my opinion in football and I’m just very grateful and massively looking forward to it.”

He added: “To be honest it was a very bad injury but the hospital, the way they dealt with me, I think I was quite lucky my family were there, my mum and dad. I had them right next to me as soon as I got to the hospital. A bit of family love always helps.

“Since then, of course, I knew it was going to be a long journey to try and get back to my best but I always believed I would. At times people always doubted me but deep down I pushed myself and believed one day I would be able to show people I can get back to a high enough level.

“I want to keep going. I want to improve as a player and also as a person. When my mum and dad were there, to make them proud. The main aim is to try and help England win a tournament.”

Marcus Rashford talked up his connection with Shaw on the left flank. He said, “I feel we’re a threat on that side. That’s what it’s about: it’s about trying to connect with your teammates.

“A lot of the things we do are simple but they’re effective so we have to keep trying to improve and getting into dangerous areas.

“I’ve always enjoyed playing with him. He’s a great player and going into a tournament you can have connections like that all over the pitch.”