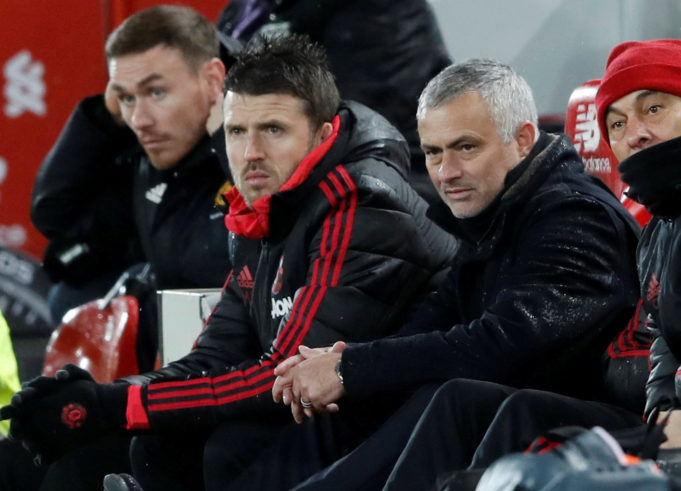 According to the Daily Mail, Jose Mourinho started to ghost out Michael Carrick and Kieran McKenna from most of his staff meetings towards the end of his managerial career with Manchester United.

The Portuguese head coach got sacked from his position at Old Trafford in December of last year after a series of unimpressive results in the Premier League. Seemingly problems with Jose Mourinho was not limited to the dressing room only.

The report claims that the 55-year-old used to exclude Carrick and McKenna during start meetings and instead held these sessions in secret with his close compatriots only.

Carrick announced his retirement after the end of the 2017/18 season and immediately joined the United coaching staff. McKenna got promoted from coaching the club’s U18s and the duo was heavily involved with the Red Devils senior team under Mourinho, up until it all started to fall apart for the latter.

Now with Ole Gunnar Solskjaer in charge, United have won all 7 of their games under the Norwegian and Carrick understandably is much happier.

Speaking to the press, Solskjaer expressed his joy in being given the managerial post. He said, “I love it [Manchester] to be fair, and I have to say I look forward to getting up in the morning to start work again, I always do in football. Molde, Cardiff, I love working with people, trying to improve people and here you want to go to bed at night.”

“I’m still in the hotel but I’ve found a place and won’t be too long. I’ve been driving around a bit and finding my bearings, I’ve met mates so it’s not like I’m on my own.”