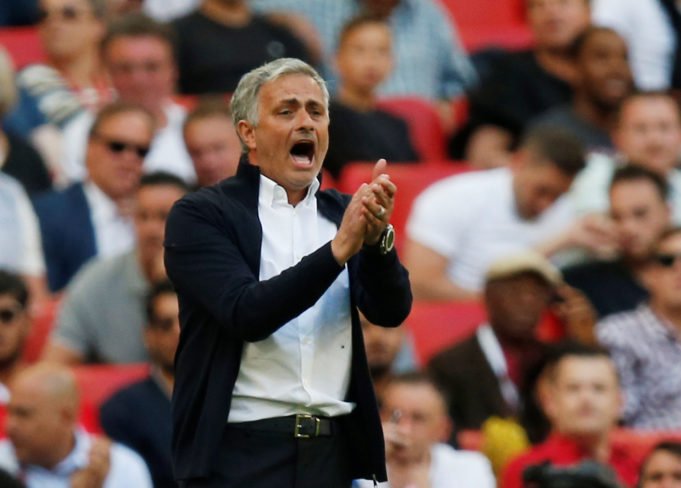 Manchester United boss Jose Mourinho is confident that the English club will be able to sign at least one player before the transfer window closes. He wanted to add at least 2 players more but he feels he has be satisfied with the one player.

The manager was furious with the team management who lacked willingness to participate more in the transfer activity.

United have already added Fred, Diogo Dalot and Lee Grant to their squad in the ongoing transfer window but the manager wants to add more players to the squad.

United was linked to players like Leicester City defender Harry Maguire, Tottenham’s Toby Alderweireld, Chelsea star Willian and Inter winger Ivan Perisic but none of the linkups turned into a signing.

In talks with the beIN Sports, the Manchester United boss looked frustrated with the kind of business United did in the transfer window. when asked whether he is confident of 2 signings, the manager said,

“I think two is not what I will get. I think in every pre-season it happens basically the same with probably every club, which the manager wants more. It is our nature and our way to always want more for your team.”

“But club decisions are different. Normally you don’t get what you want which basically happened throughout my career. If I sign one player before the window closes, that’s fine.”

“More or less, I know. It’s not going to be very different,” Mourinho said when asked if he knew his best starting XI, with Nemanja Matic injured following surgery, while Antonio Valencia is also nursing a problem.”

“We basically have the same players. The players we have bought one is a goalkeeper cover [Lee Grant], one is a 19-year-old kid, so in fact we have one new player which is Fred, so of course our team is not going to be very different.”

The manager also looked worried with the start of the season as the club wont have players like Paul Pogba, Romelu Lukaku, David de Gea, Nemanja Matic who are out with injury.

“I agree that when the season starts the transfer window closes,” he added.

“I’m not a big fan of one player starting the season with one club and then a couple of weeks later the window is open, he moves to another club and he plays against his former club – I really don’t like that.”

“You look at other countries with lots of players in the World Cup they start later – Spain and Italy starts later. The Premier League could and should do that.”

The boss also praised France star player Paul Pogba who helped his side to claim the World Cup in Russia. There were likups of the player returning to his former club Juventus. But the manager wants the player to focus in Manchester.

“They are there, just for that. Dimensions of the matches are getting bigger and bigger. When they fell they are going to the knockout phase and can win the World Cup, they close each other. It’s a strong shell. They just think about football. It’s the perfect habitat for a young player to grow up and flourish.”

United takes on Leicester City in their opening game of the Premier League on August 10.