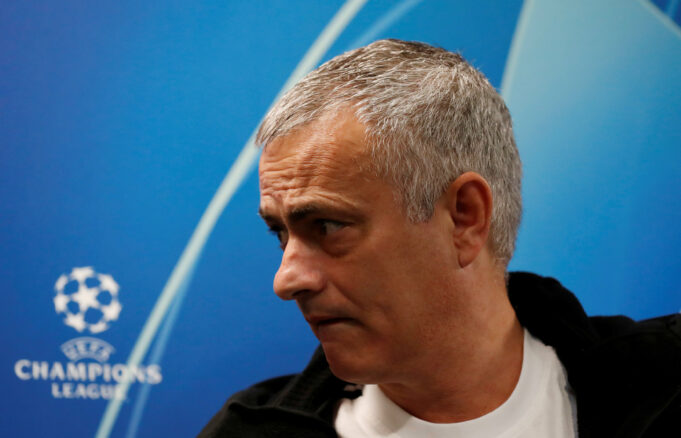 Former Manchester United manager Jose Mourinho has predicted the fate of Lionel Messi ahead of the second leg of this crucial encounter between Barcelona and Manchester United at Nou Camp. The Argentine ace was the reason behind the only goal in the first lag as his assist was directed into the goal by Luke Shaw after it was headed in his path by Luis Suarez. That being the only goal of the match, the Red Devils have everything to play for going into the second leg against the Blaugrana.

Speaking about the fate of the Barca skipper against his former side, the Portuguese mastermind said, “United this season was capable to win against Juventus and against PSG why not to do it against Barcelona?”

He added, “Barca will be aware of that, will respect United.”

Speaking on the impact of Messi on the match, Jose said, “Hopefully he will be ready. He needed extra warm-up and hopefully, he won’t get a reaction. He joined part of it at the end but he couldn’t join the fun part of training.”