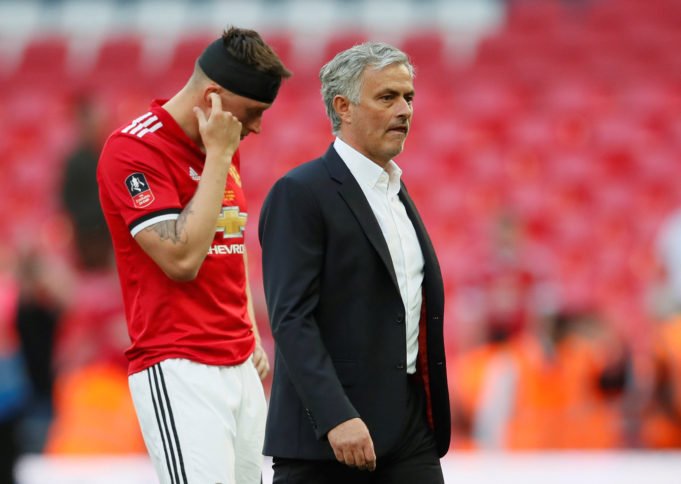 After submitting a five-man wish-list, Mourinho has again slammed the United’s transfer business. The boss feels that he wont be able to land the player he want at Old Trafford.

The manager was disgusted and frustrated after his team lost the International Championship Match against their rival Liverpool. United lost the game 4-1.

United have already added Fred, Diogo Dalot and Lee Grant to their squad in the ongoing transfer window but the manager wants to add more players to the squad.

His side has failed to win any of their matches which is also a reason to be worried about for Manchester United.

In talks with the reporter, the Manchester United looked frustrated with the team management failing to provide him his desired team. He said, “I would like to have two more players. I think I am not going to get two,”

The manager also looked worried with the start of the season as the club wont have players like Paul Pogba, Romelu Lukaku, David de Gea, Nemanja Matic who are out with injury.

He said, “This is nothing to do with reinforcements,” Mourinho said. The reinforcements are Pogba, [Marouane] Fellaini, [Victor] Lindelof, Rashford, Lingard, Matic, [Antonio] Valencia. These are reinforcements.”

“This is not our team this is not our squad. We started the game with almost half of the players who are not even going to belong to our squad on August 9. They will not be here.”

“This is not our squad. Reinforcements, you mean players that I would like to buy, to add to the squad. That’s another thing, but this is not my squad, this is not even half my squad, or 30 per cent of it. So don’t look to this.”

“You can ask me if I still want new players, that’s another question. But in relation to today, we have four or five players who are dead because they care with the club and try to give everything, even risking themselves, because they don’t want to let all the kids play by themselves against AC Milan, against Liverpool.”

He also talked about Sanchez who looked frustrated with the kind of football United were playing in their pre-season match.

“Do you want him to be very happy with the players he has around him? We are not playing here to improve the team or our dynamic or routines. We are playing here just to try to survive and to have some not-very-ugly results.” he said.

“Alexis is the only attacking player we have. We don’t have wingers, we don’t have strikers. He’s the only one who is here, and the poor man is there trying his best, with the frustration of somebody that wants more.”

“Against Milan he played fantastically well, and he did his best here. I don’t think you are right to say he is not happy. If he is not happy he is not ready to play two consecutive matches of 90 minutes and 85 minutes working the way he worked. For me, these guys are phenomenal in terms of attitude and respect for the club. Really pleased with them.”