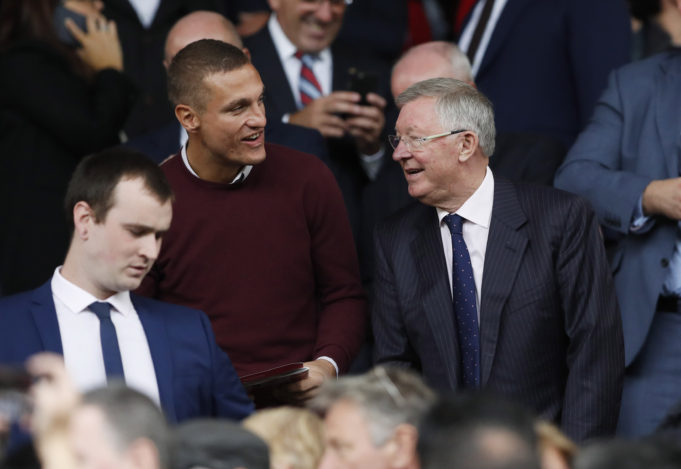 Nemanja Vidic has witnessed a change of vision at Manchester United as he feels Jose Mourinho is trying to instil an attacking philosophy among the squad.

The Portuguese manager doesn’t really offer the attacking insight through his game and likes to soak up the pressure by his organized defensive approach. Since he took charge at the Old Trafford the mindset hasn’t changed but in the last few games, Mourinho did reshuffle his playing style in a bid to create more room for his attacking players.

Vidic who spent a trophy laden eight years at the club has a Champions League medal and won the Premier League five times during his times in the English top flight. The Serbian earned the reputation of being a no nonsense defender and has remained an ardent Red Devils fan despite leaving the club back in 2014.

He said, “As a player, as someone who played for the club, you want to see them much closer [to the title].

“Manchester United in their history always played attacking, attractive football. I think in the last few games what I like about Manchester United is they’ve started to be more positive with Mourinho’s team selection.

“I think Martial, [Marcus] Rashford, [Juan] Mata up front… it has not happened many times playing together. I think the mentality is of not just defensively but also they are thinking more towards the goal.

“That’s pretty attacking football from Manchester United, particularly if you have Luke Shaw on the left hand side and Ashley Young on the right. That’s more attacking and I like to see that.”