Ole Gunnar Solskjaer speaks on the protest against the Glazers’ ownership.

Man United’s clash with Liverpool was postponed after thousands of supporters broke into the stadium and entered the Old Trafford pitch.

As a result, the game was delayed and ultimately rescheduled to a later date.

“It was a difficult day for us,” Solskjaer told the Manchester Evening News before his side’s Europa League clash with AS Roma.

“We wanted to play, we wanted to beat Liverpool for the fans even, because our job has to be on getting good performances, good results on the pitch, that’s the players’ focus, that’s my focus

“As I said before the game, we have to listen, we have to hear the fans’ voice, it’s everyone’s right to protest, it has to be in a civilised, peaceful manner, though.

“Unfortunately, when you break in, when police officers get injured, that’s too far, that’s one step too far. When it gets out of hand like this it’s a police matter, it’s not about showing opinions any more.

“Of course, it’s my job, my focus has to be on the results but you don’t really need to be a rocket scientist to see we have challenges and frictions, that have to be dealt with with the communication.

“Other individuals than me, of course, have started already, discussing with fans, communicating with fan groups, which is going to be massive for us going forward. 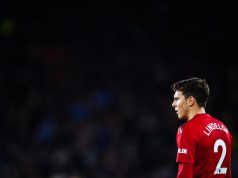