Fred was a rather expensive signing for Man United. However, he has worked hard lately and received praise from Manchester United boss, Ole and his fans.

‘I want to be a big player and be part of the history of Man United,’ said Fred.

Ole clearly also wants Fred to be a big part of United soon.

‘I’m delighted with him and now he’s got a couple of goals under his belt as well… Fred has really taken on the challenge this season.’

Fan reactions came pouring in for the 26-year old Brazilian international all over the globe.

‘Fred is Man United’s player of the season.’

‘You can’t help but love this guy. He struggled at first. Was torn into by pundits. Now, he’s one of the best midfielders in the league and another United player that the fans love’ said one.

‘Love seeing a struggling player come good. Fred is becoming a Utd legend fast. Because in our darkest hour he stood up…manned up. He didn’t go hiding. Took the criticism like a man and came back with passion. Drove his team mates to follow him too’ said another. 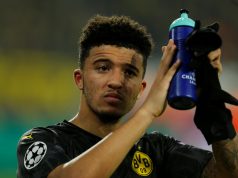