“I think there are loads of players out there who have improved,” Solskjaer said in his post-match media conference after United extended their unbeaten run to seven matches across all competitions.

“Scott McTominay is back and I think he’s improved. Fred, I wasn’t sure if I was going to be alive for the next time he was going to score!

“Fred’s had so many attempts. One with his right and one with his left. It’s been an on-going joke between us, of course, but he got those goals and I’m very pleased for him.

“Obviously, we’re in a moment now that we rotate a bit, players are getting games. But when you score goals and you play like this, you’re going to get more confidence.

“When we got 1-0 and they had a man sent off it helps, but you’re still playing against players in and around the box, our imagination there was good.”

On Ighalo, he added: “I think, as a fellow striker myself, I know important that first goal is and he’s been close a couple of times.

“You can see he sniffs goals, he wants to be there, where it sometimes hurts.

“That goal, he was sharp in his head and, as that ball is played over to Juan, he spins and was on the six-yard line when Juan puts it there. That’s a natural striker.” 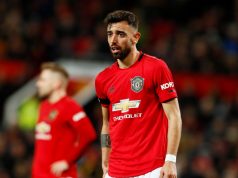 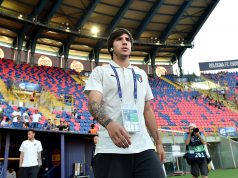