Manchester United Latest News.com
Home Premier League Paul Pogba Can Only Be Convinced To Stay If His Wages Match... 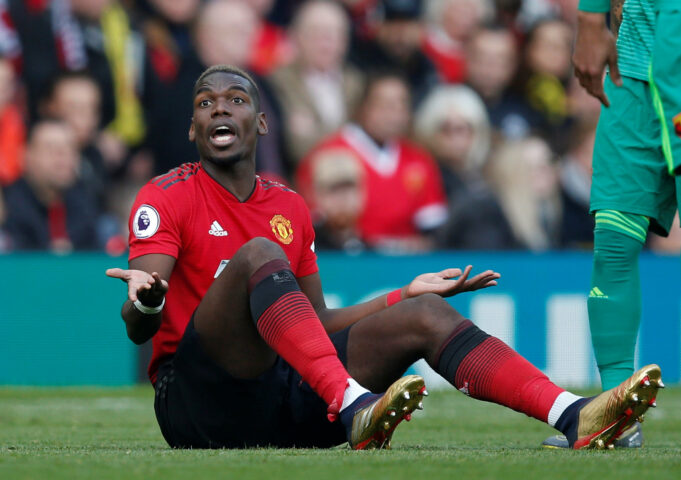 Paul Pogba would not be opposed to signing with Manchester United even if they fail to clinch a Champions League spot if his wage demands are met.

The France international has two years left in his contract but wants to get paid just like his teammate, Alexis Sanchez. Reports have emerged in the past linking Pogba with a move to Real Madrid.

Seeing the amount of influence he has gained in Ole Gunnar Solskjaer’s set up at the Old Trafford, the Norwegian manager might be a bit more invested now to hold onto the 25-year-old.

However, United have also drawn themselves into a pit handing Sanchez the £500,000-per-week deal. Not only has the Chilean been vastly disappointing since his move from Arsenal but he is also hindering the Red Devils’ ability to sign more quality talent.

Solskjaer also has the headache of convincing David De Gea into staying. The Spanish shot-stopper wants £350,000 every week and PSG are reportedly happy to pay him exactly that.

Caving to Pogba’s latest demands might just paralyze the club’s operations, no matter how big United are in world football.

The good news is that eight names have been listed by the Red Devils who they plan on either selling or getting rid off after this campaign.