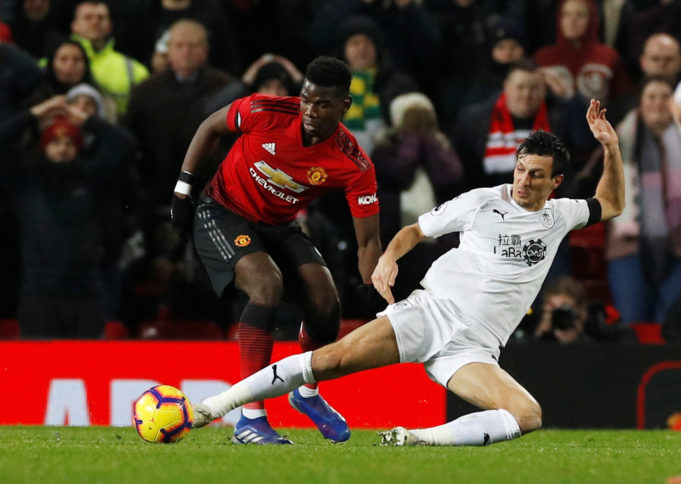 Manchester United ended their 8-game winning streak with a 2-2 comeback draw against Burnley on Tuesday evening.

The Red Devils recorded two late goals after going down 2-0 to avoid an embarrassing defeat against the Clarets.

Paul Pogba stressed on the fact that his teammates cannot get complacent in the wake of a very competitive race for a top-four finish. After the match the Frenchman said, “We can’t look too good, we know we have to play. Like the manager says, keep being humble. It’s not that we didn’t [stay humble], but you have to start strong, you have to be aggressive because Burnley were in the first half.”

“I think we played like we were winning maybe 1-0 or 2-0 and that’s why the result was like that. But the comeback was positive, even though the result disappointing.”

“The reaction was good, we didn’t lose, but we still let drop two points that we could have had. We have to learn from our mistakes and the next time we need to start the game differently.”

Now, United are 2 points behind rivals Arsenal and Chelsea in the Premier League standings. The latter has a shot at going 5 points ahead with a win over AFC Bournemouth tonight.

Meanwhile, Ole Gunnar Solskjaer might be concerned to see Pogba limp off the pitch in last night’s fixture. The 25-year-old is a doubt for the upcoming fixture against Leicester City.