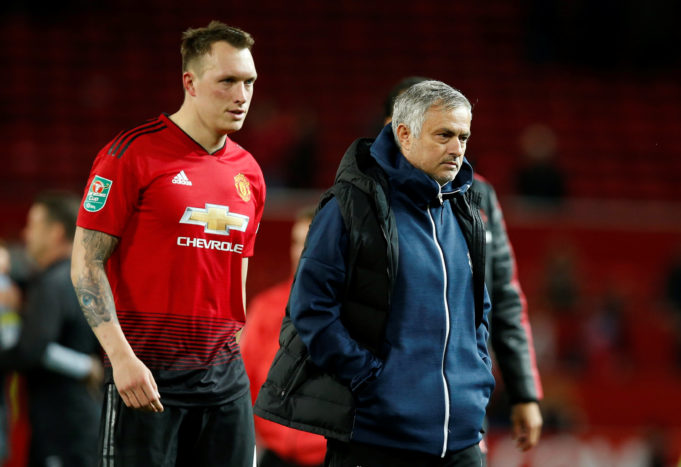 Manchester United’s Phil Jones believes the club is no longer the butt of all jokes like they were under Jose Mourinho.

The English defender, who recently signed a four-year contract extension with the Red Devils explained to the press after Saturday’s 0-3 victory over Fulham that the club has risen above their previous standards.

He said, “Everyone’s got to take us seriously now. We might have been a bit of a laughing stock at the beginning of the season but we’re certainly not now. We’ve proven that in the last 10 or 12 games. We’re improving, we’re still getting better.”

“It was tough for everyone involved. The club, the supporters, everyone. But it’s about becoming stronger and seeing that through. I’ve said it in the past, we’ve not achieved anything yet, we’re under no illusions but we’re heading in the right direction.”

Under Mourinho, the Manchester outfit were clobbering to keep pace with the likes of Arsenal and Chelsea in the top-four race but are now a point ahead of the aforementioned duo.

Jones further added, “We knew we could get into the top four. It’s a big statement from where we were. We just need to keep improving and keep picking up points. Consistency is key in any sport and it’s no different here.”