Players Manchester United can target to replace Paul Pogba? The Paul Pogba conundrum at Manchester United gained a totally different dimension after Mino Raiola confirmed his client’s desire to leave the club. The Frenchman has faced harsh opprobrium for having a bittersweet campaign and looks to be at the end of his tether at Old Trafford. As such, giants like Real Madrid and Juventus are already circling the playmaker.

Although United have made it clear that they do not want to sell Pogba, the Red Devils would be better prepared with a shortlist in case they lose the 26-year-old this summer. Replacing Pogba is a mammoth task altogether, given the fact that he is the talisman and the face of the club from a marketing perspective.

Without further ado, let’s have a look at the five best options Manchester United can look at to replace their record signing.

Ole Gunnar Solskjaer is following a full-proof transfer strategy, focusing on young talents who can come and stay at the club for the long term.

The arrivals of Daniel James and Aaron Wan-Bissaka are proofs that the Norwegian isn’t keen on wasting money on marquee signings and readymade players.

Isco doesn’t quite fit Solskjaer’s requirements – but here’s the deal. Real Madrid are ready to offer £72m plus either one of Gareth Bale or Isco in lieu for Pogba. If Real Madrid have actually tabled such an offer, Isco is the more logical option to go with, given the fact that he is more of a like-to-like replacement for the Frenchman.

A separate attempt to entice Isco to Old Trafford would easily cost over £100m, but with Zidane looking to offload the Spaniard, signing him would be a coup in itself.

Coming to his style of play, the 27-year-old can operate in a variety of positions, predominantly on the left, albeit he is also well-adept playing centrally. Isco would bring a plethora of creativity in the middle of the park, as his numbers suggest.

The Spaniard notched 89.1% of passing accuracy and 1.2 key passes per game last season. He also provided 1.9 long balls on average last season; he is also skilled at holding on to the ball and dribbling past the players.

Getting Isco in a cash-plus-player deal would be a bargain, given the plethora of experience he will bring to the club. 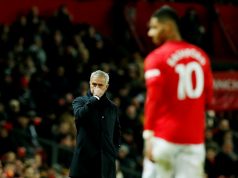