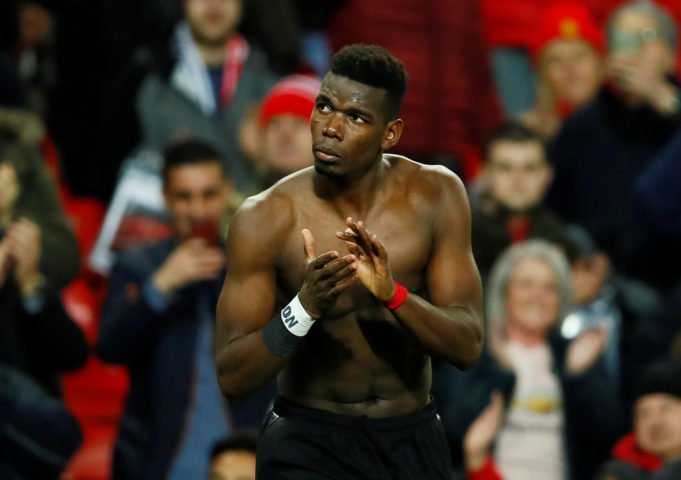 Manchester United star Paul Pogba said that he wore a white armband in yesterday’s match against Bournemouth to show his support for Napoli defender Kalidou Koulibaly.

Koulibaly was subjected to a lot of racial abuse in Napol’s match against Inter Milan at the San Siro last Wednesday. He was eventually sent off after receiving a second yellow card for sarcastically applauding referee Paolo Mazzelini’s decision to book him.

The managers of Napoli and Inter Milan and UEFA have all criticised the racial abuse towards the Senegal international. Napoli fans paid expressed their support towards the centre-back by wearing masks of his face during their win over Bologna on Saturday.

Due to the racial slurs hurled by their fans, Inter Milan will play their next two home games behind close doors.

Pogba wore a white armband which had ‘NO’ written on it. Following the match, Pogba posted a video on instagram with the caption, “Well done guys, beautiful way to end the year and an honour handband for Kalidou Koulibaly. In 2019 say NO to racism.”

Manchester United are now 6th in the league table with 35 points, 8 points behind the top four. The Red Devils begin 2019 by playing against Newcastle at St. James’ Park on Wednesday.