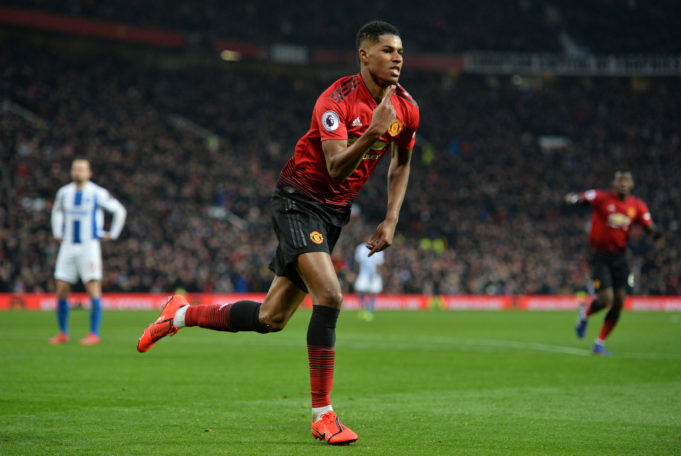 Manchester United manager Ole Gunnar Solskjaer has said that young forward Marcus Rashford can emulate the likes of former greats Wayne Rooney and Cristiano Ronaldo in the future. The English marksman notched up the winner against Brighton and Hove Albion to lead his side to their sixth consecutive win in the Premier League under the current manager. It was also the 150th appearance for the in-form striker, who has reached the tally of five goals in seven matches under Solskjaer.

Speaking to the media after the match, the former United striker said, “He is only 21, but the maturity he is showing at times is more than 21 and his work rate. If you look at the stats, I was told that he is younger than Ronaldo and Rooney to reach 150 appearances for Manchester United.”

When asked whether the Englishman can become as good as Ronaldo and Rooney, Solskjaer said, “Definitely – he can be absolutely top class. The more you score the more chance you have of being confident, running into the same positions. The way he works during the week is fantastic because he practices a lot. He is a proper Manc. You can’t kick him and keep him down. He will stand up for a fight and stand up for himself and a team-mate. It is a pleasure working with him.”