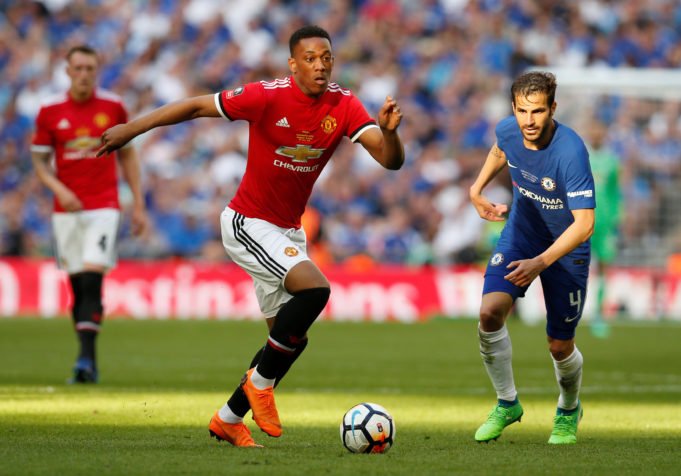 Rooney has urged Manchester United to not sell Antony Martial

Rooney, United’s all time leading goal scorer has refereed martial as ‘incredible’ and has requested his former team to not sell the player.

Matrial was a part of the French club AS Monaco and had represented them in 70 games , scoring in 15 games when he was signed by the English team Manchester United.

The player signed the club for £36 million, potentially rising to £58 million, on a four-year contract with the option of another year. He represented the side in over 100 games and has scored 36 times for the side. But the player struggled to get starts in the 2017-18 season which is turning out to be a possible reason for his departure from the Old Trafford.

The French forward was linked to a possible move to United’s rival Chelsea and Tottenham, with Chelsea looking to seal a deal with the player.

Rooney who has joined the MLS side D.C. United is hopeful that Martial will stay at United. In talks with talkSPORT the former player said that, “I think Martial, ability-wise, is incredible”

“Knowing Anthony the way I know him I think if you can get the best out of him, he’s up there ability-wise with the best in the league. I think sometimes it is difficult to get to know him as a person, as a character because of the way he is. But I think once you do get to know him, you just keep him happy.”

“There are many reasons, for now it is too early to discuss it. Anthony will talk soon to go through that.

The player is on pre-season duty representing United in USA