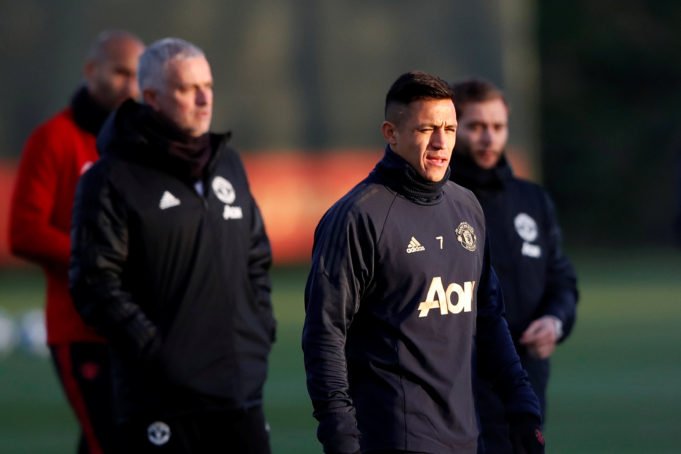 The Chilean forward came to Old Trafford last January but has struggled to find form ever since. This season, he scored only one goal from 12 appearances and has been sidelined since November due to a hamstring injury.

Solskjaer who is yet to taste a winless result as Manchester United manager said that he is impressed with the former Barcelona and Arsenal player. The Norwegian said after Manchester United’s win over Bournemouth, “[Sanchez] had some great training sessions over the last few days. He wanted to be here today as well but we had to manage. Obviously he has been out for a month but he will be involved, yeah.

He wants to play all the time. He is one of those characters. He made himself available [for Bournemouth] but it was a few days too early for him because he has not really had enough fitness work but he is chomping at the bit.”

Solskjaer also said that the Chilean can be a huge asset to the club. He said, “I think he is a player that would benefit from the interchanging, the rotation and the movements. Of course, the more chances you create and the more times you get the ball into the final third, [the more] he will be an asset for us – on the floor or in between or in behind.

I think he is looking forward to it. It certainly looked like it yesterday in the session because he scored quite a few nice goals so that was encouraging.”

Alexis Sanchez scored his first and only goal of the season in the home leg against Newcastle in October. Hence, it will be suitable for him to make his return against the Magpies.